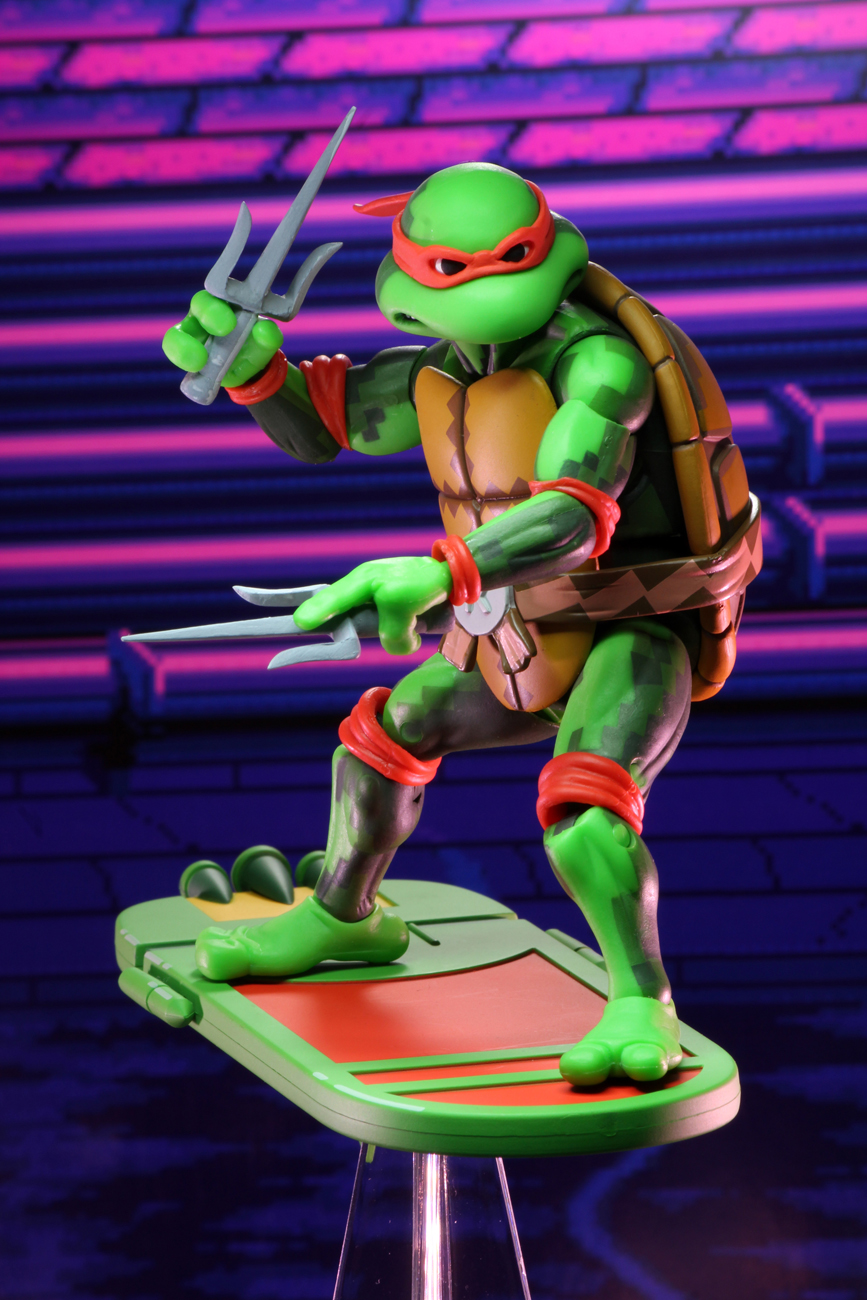 Turtles in Time, the classic beat ’em up released in the arcades and for the Super Nintendo in the early 90s, returns again with a second wave of action figures from NECA. This set includes Michaelangelo, Raphael, Leatherhead and Super Shredder. Not only is the character design based on the classic game, but NECA have taken it one step further and made the figures look pixelated, just like the original game graphics. The figures stand 7″ tall and come in an individual box, as seen below. 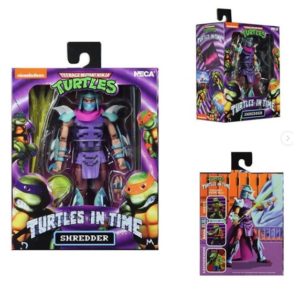 Each figure comes with some unique gadgets. Michaelangelo has his nunchuks and Raphael his sai knives, and both of them have the hoverboard from the famous sewer level. Leatherhead has his knife at hand, while Super Shredder is equipped with a beam sword and two fire blast effects.

The second wave of the Turtles in Time figures ship next month.