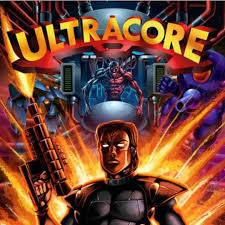 Ultracore was developed for the Mega Drive/Genesis by Digital Illisions (later DICE) in the early 90s, and nearly finished. However, it was cancelled by the Sony-owned publisher Psygnosis, which wanted to focus on the PlayStation. About a quarter of a century later, Strictly Limited Games managed to get the rights to the game from Sony and finish up the development with the help of the original developers and Matt Phillips of Tanglewood fame. The game was released physically in limited quantities last year and received positive reviews.

Here is the new trailer for the digital release of Ultracore: