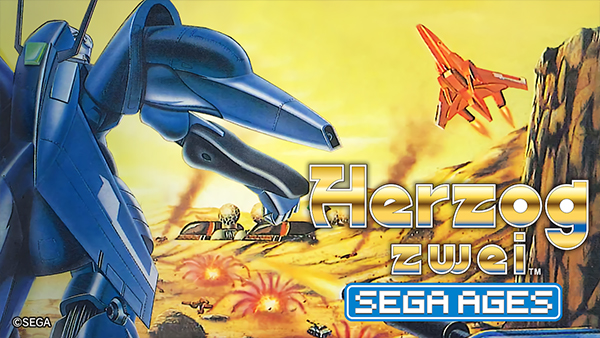 Herzog Zwei, the legendary real time strategy game from Technosoft, comes to the Nintendo Switch e-shop “soon” in Japan, with the price of 999 yen. This release, which goes under the Sega Ages label, comes with many new quality of life features.

At first glance, you may notice the re-worked UI, which thanks to the wider screen of the Switch, displays more information, such as the map and health of units. If you don’t have a friend next to you in your couch, you can use the network battle mode to find other players to fight against. Just like in the original version, you will be able to monitor your opponent’s actions, as much as they can monitor yours! Other features include saving your game, so the old passwords aren’t needed. You can also watch replays and try an all new tutorial mode. 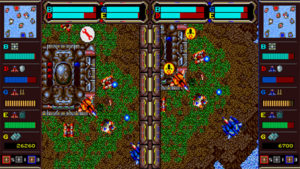 Herzog Zwei was released in 1989 for the Sega Mega Drive. It is often hailed as the true grandfather of real time strategy games, and it inspired Westwood Studios when they made Dune II, which further developed the genre.