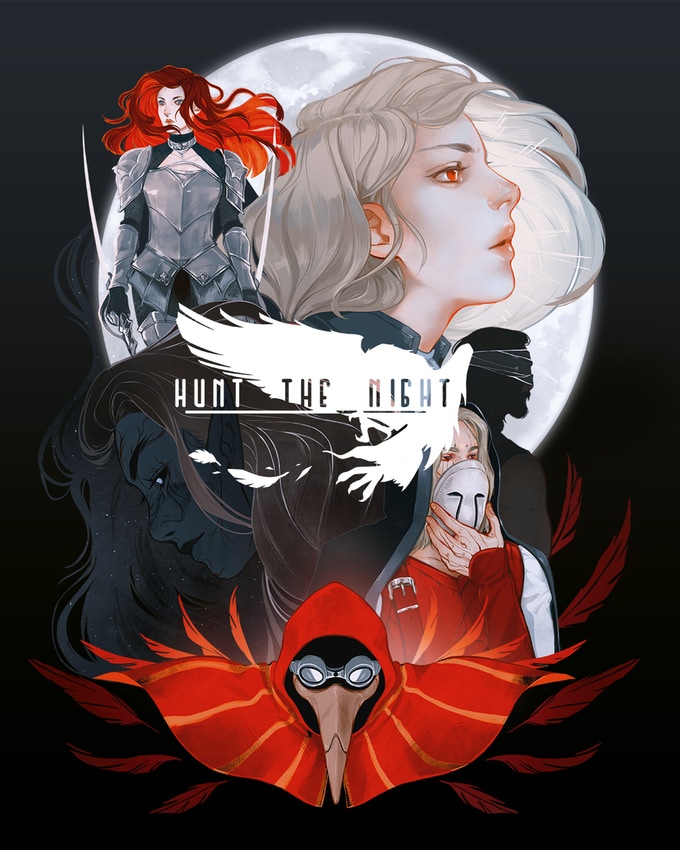 Hunt the Night is a 16-bit inspired title pulling inspiration from The Legend of Zelda III: A Link to the Past and Secret of Mana  with a bit of Bloodborne and Dark Souls sprinkled in to spice the proceedings up a bit. As the title says, Hunt the Night has already broken their minimum funding goal, though there are some interesting stretch goals that I want to point out here – maybe whetting your appetite enough to throw them some support.

First the inspirations for Hunt the Night.

Graphically we are looking the 16-bit era here – Zelda III and Secret of Mana specifically being mentioned by the team. The difficulty is mentioned as being tough but rewarding, similar to Dark Souls. Mix it all together and you have Hunt the Night.

We can talk about inspiration all night long but we all know at the end of the day, the game has to be good to be worth backing. While I cannot attest to the quality of the game, what is shown in the gameplay video and shown on the Kickstarter page certainly seems to lean towards this being one of the more interesting releases we may see this year.

Platforms that we can expect Hunt the Night to hit include the Nintendo Switch, PlayStation 4, PC, Macintosh, and finally Linux. Interesting they are supporting Linux, we don’t see that occur near enough. Kudos to the team for that.

Now those stretch goals I wanted to get to.

Hunt the Night has already hit the minimum funding goal. Congratulations. Now the first stretch goal is interesting in that it pulls on the nostalgia strings a bit by bringing up the chance to start Hunt the Night again after beating it but this time it is harder.

The next stretch goal that interests me is 70,000 euros bringing a more expanded set of dynamic quests that will change depending on your actions, or lack thereof. That sounds interesting.

Finally the 100,000 euros level is additional language support. I like this one in particular because being a gamer is a global phenomena and it would be great for more gamers to be able to enjoy Hunt the Night.

Check the Hunt the Night Kickstarter for the story (I avoided discussing it on purpose) and while there, check out the cool marketing items that will be available at certain backer levels.