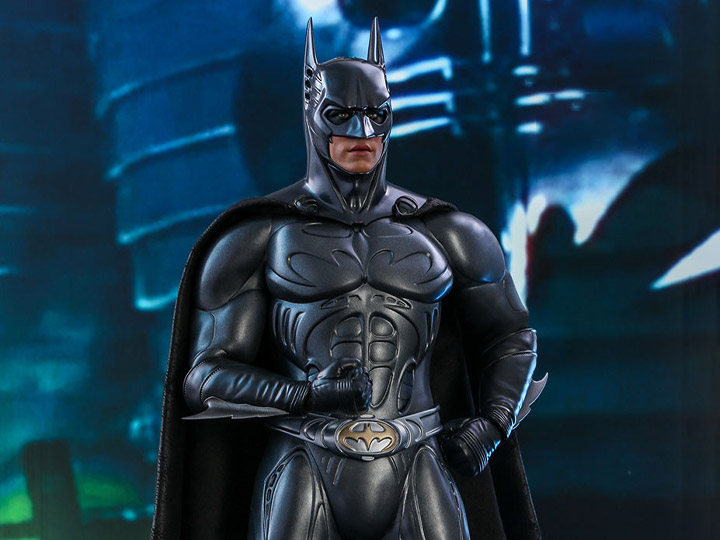 Previously announced way back in 2019, Hot Toys finally lets stores open pre-orders for a Batman and a Robin figure from the third Tim Burton movie. Batman Forever is a much less dark and depressing movie compared to Batman and Batman Returns, while not nearly as campy as the sequel Batman & Robin. These figures show the dynamic duo in the most serious of looks and poses.

Batman and Robin stand 12.60 inches (32cm) and 11.81 inches (30cm) tall, respectively. Both have 30 points of articulation. Batman comes with many accessories, while Robin only has three pairs of hands and a stand. Robin will cost you $259.99 and Batman another $10. The heroes will be out the first quarter next year. You can pre-order Batman here and Robin here.