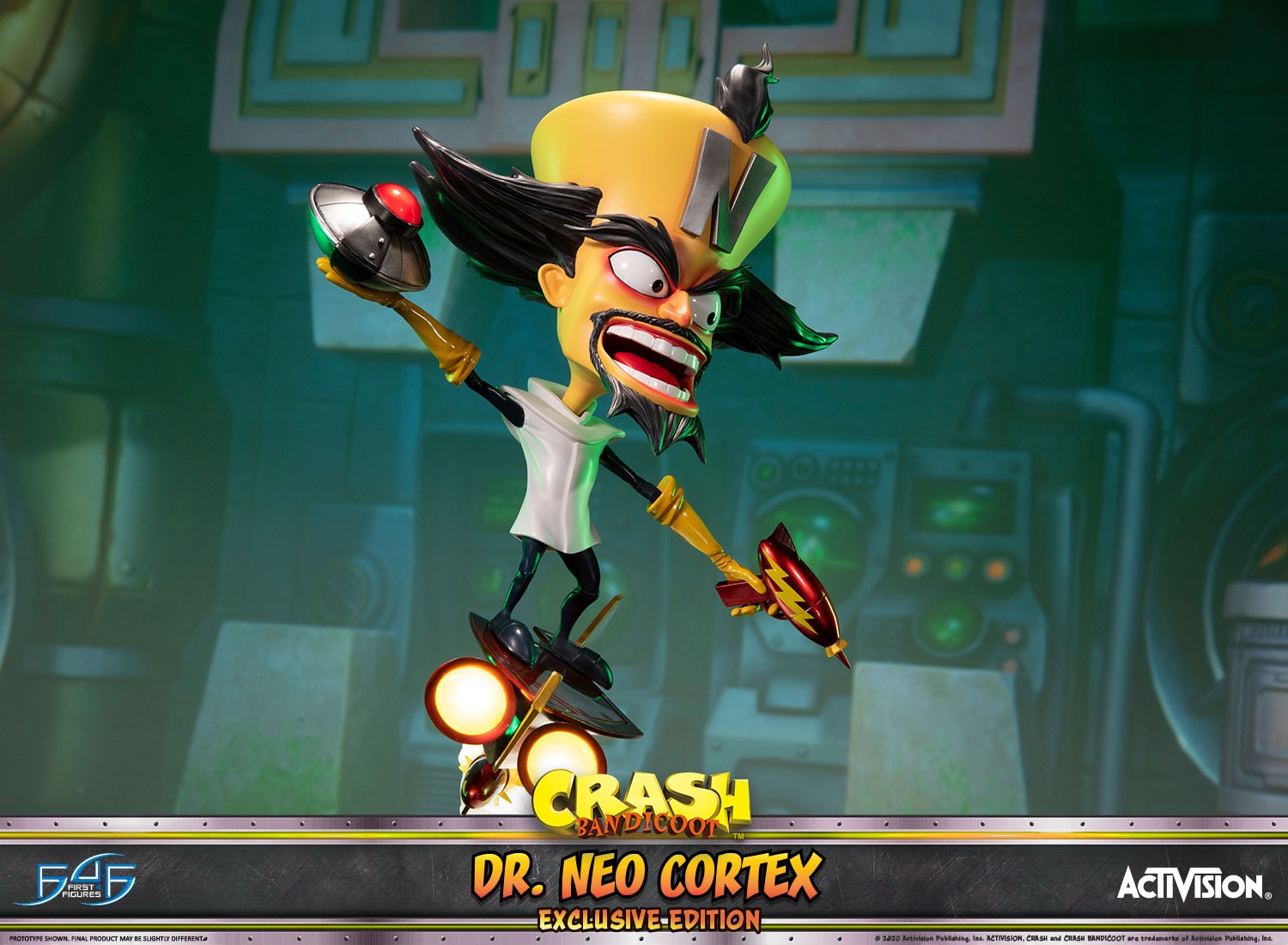 First 4 Figures announces their second Crash Bandicoot statue ever. After having previously made one of the titular character, it’s now time for his arch enemy, Neo Cortex. This figure is based on the final battle of the third game in the series, Crash Bandicoot 3: Warped. Neo Cortex comes carrying a gun and a mine, riding on a hoverboard, which leaves smoke after it. Several parts of the statue will use a LED function, in case you go with the Exclusive Edition.

The statue comes in two editions, standard and exclusive editions. However, they are set at the same price, $431.99, which will last during the early bird period, ending 12th of August. The item is up for pre-order and is expected to be released the third quarter of 2021.