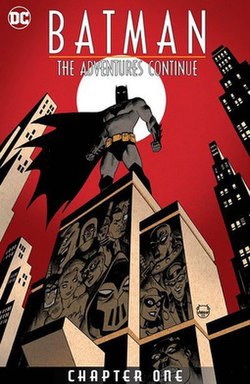 Batman: The Animated Series ran from 1992 to 1995 and was very popular among fans. Cleverly written, with film noir aesthetics and the first series with the continuity of the shared DC animated universe, it remains a cult classic to this day. Which, 25 years later, sees the comic book sequel.

Titled Batman: The Adventures Continue, it bears the same art style as the television series. It is being written by Alan Burnett and Paul Dini, who both worked on the prequel. According to them, the comic will fill in gaps left by the television series. Characters Azrael and Deathstroke, never seen in them, will star in it.

There will be three issues in total, and the first one hit stores last week, May 6th.