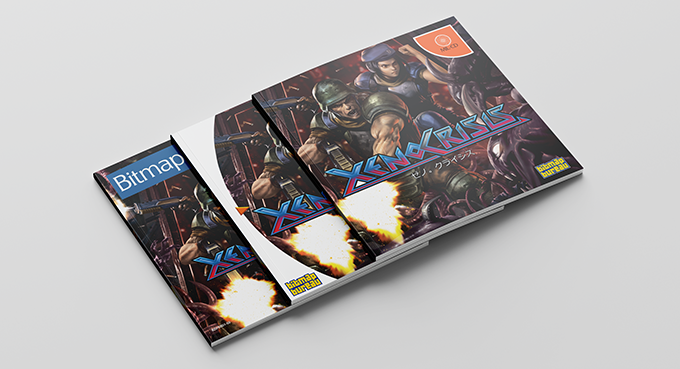 Xeno Crisis, the topdown run ‘n’ gun by Bitmap Bureau, is finally reaching the end of development for Sega’s last console. In a lengthy update by Mike Tucker, designer and programmer at the British studio, explains it along many other news about the game.

The Dreamcast version features a fully narrated intro by George Exley, who also voiced the male grunts heard in previously released versions. An exclusive to this version is the use of the VMU, which will display the players current health. Like with the Mega Drive/Genesis version, the Dreamcast will have three regional variants to fit with your other games in your collection. Bitmap Bureau have tested the game on many console variations and many controllers. The use of a twin stick controller with the game can be seen in this video:

The Neo Geo versions are also nearing completion, with hardware testing made on many revisions. The CD version will include an exclusive loading sequence. The team is currently awaiting PCB prototypes of the cartridge versions to arrive.

Xeno Crisis was released for the Mega Drive and Genesis last year, after a successful crowdfunding campaign. It is also available on Steam. The game received major critical acclaim for its state-of-art graphics by Henk Nieborg and Catherine Menabde, rocking soundtrack by Savage Regime and intense action by the rest, Mike and Matt at Bitmap Bureau.