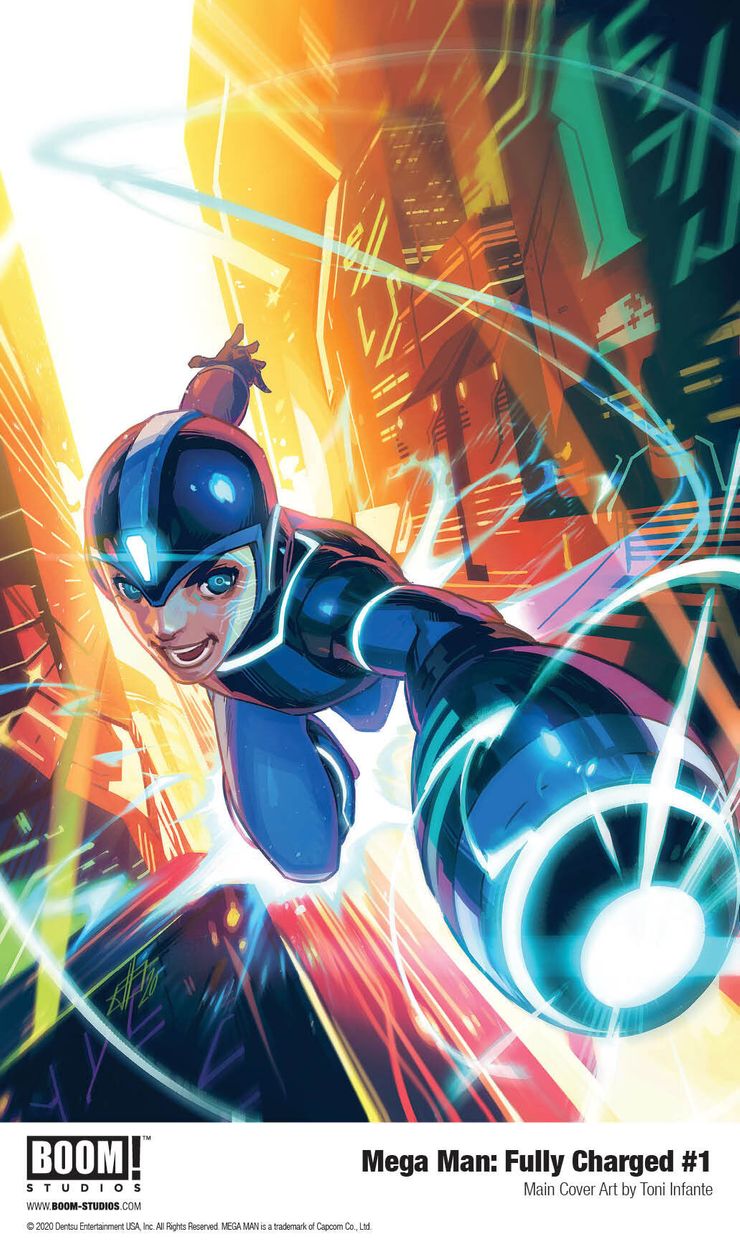 Mega Man, the popular video game franchise by Capcom, becomes a comic based on the animated series “Mega Man: Fully Charged”, which aired from 2018-19. The mini-series will be produced by BOOM! Studios and will be written by A.J. Marchisello and Marcus Rinehart, who also worked on the TV series. They will be joined by artist Stefano Simeone, whose previous work include Read Only Memories.

The comic will feature and all-new look for Mega Man. The plot will handle the kidnapping of Dr. Light, while Mega Man will struggle with the Robot Masters knowing more about his past than he does himself, which leads the Blue Bomber to question even his father.

The first issue will be out in August, with five more to follow later.