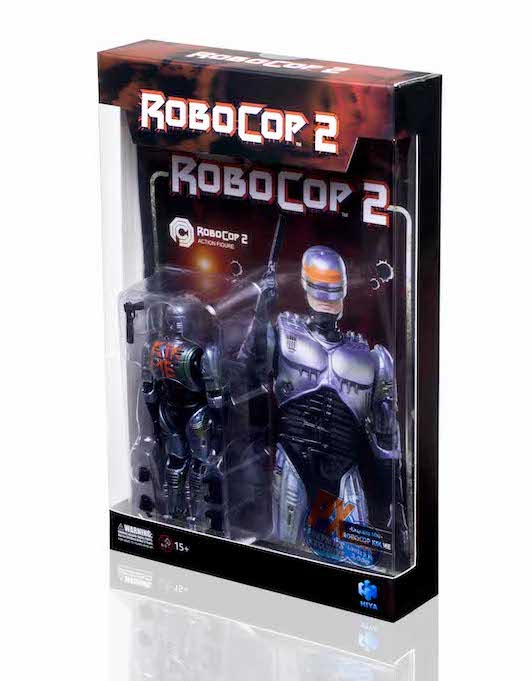 Hiya Toys have released some details for their upcoming “Kik Me” RoboCop figure, which is now available for pre-order. Mimicing the armour of the first sequel to the action film classic, the figure will be 4 inches (10,16 cm), which translates to 1/18 scale. It will be all in plastic and comes with a gun and a few other accessories.

You can get it for $24.99 at Amazon.com, BigBadToyStore, Entertainment Earth and Megalopolis: City of Collectibles. It was originally planned to be released exclusively at the San Diego Comic Con, but due to its cancellation, the figure is now available through online retailers and comic shops. It will be released later this month.