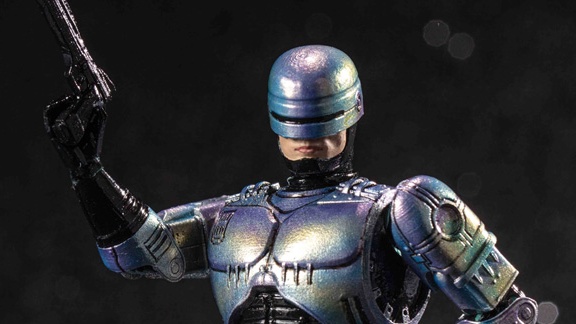 Robert Cop 2 is a bootleg toy made in China not long after the first sequel to RoboCop was released, in 1990. Ironically, it got a cult status among toy collectors. Now, around three decades later, Hiya Toys is bringing it back, in official form, fully licensed by MGM.

The figure is 4 inches (10.16 cm) tall and comes with a pair of interchangeable hands, two blasters and Cain’s brain. It is limited to 2000 copies, priced at $19.99. The pre-orders have already sold out. Robert Cop 2 will have his revenge in August this year.