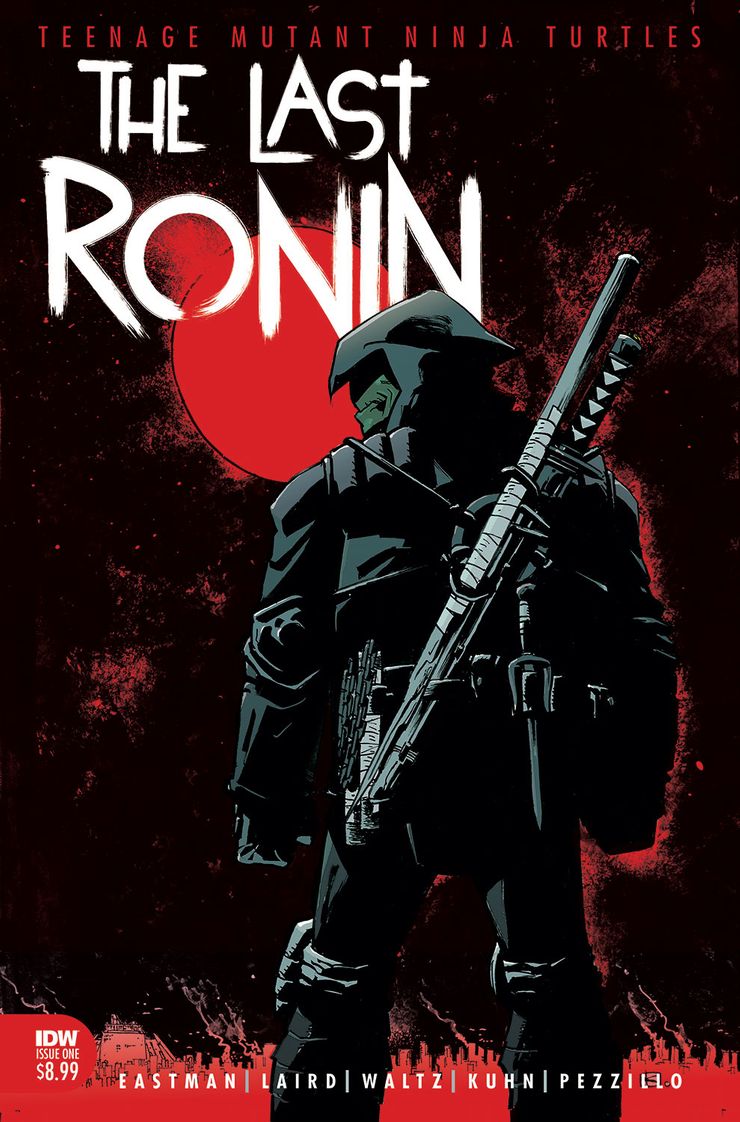 IDW Publishing are going to release an original story in the Turtles franchise, written by creators Kevin Eastman and Peter Laird. Titled Teenage Mutant Ninja Turtles: The Last Ronin, it was first written in 1987 and set three years ago (2017). The publisher describes it with these words:

In a future New York City far different from the one we know today, a lone surviving Turtle goes on a seemingly hopeless mission to obtain justice for his fallen family and friends.

Featuring 48 coloured pages, of which the first of five issues hits the shelves this summer. A preview of it can be viewed here.

Teenage Mutant Ninja Turtles began as a comic, but later spawned a long-running cartoon series, many video games and toys. It tells the story of four teenage mutant turtles, named after Italian painters and trained by a mutant rat called Splinter. They eat pizza and live in the sewers of New York City, where Splinter teaches them ninjutsu. They fight the evil Shredder, a samurai in metal with a mutant rhino and boar as his subordinates, as well as Krang, a creature which looks like a brain with a mouth, eyes and arms.