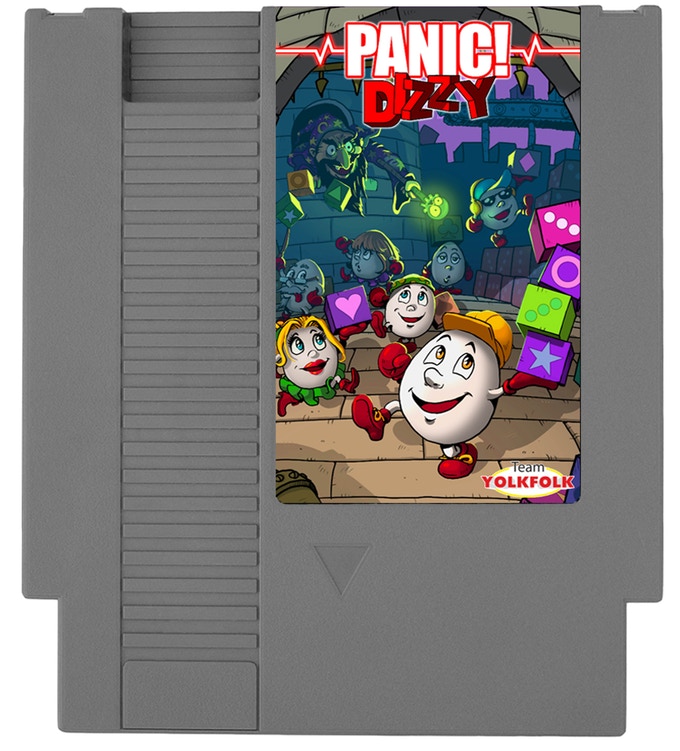 Unreleased games coming to light and seeing release is a more and more common occurrence than many of us would have thought just a few decades ago. While it is not a daily event, it is certainly several games a year coming out of the darkness. In the case of the Oliver Twins, who were prolific developers back in the day and are still working on games, it is a dizzy series of events (sorry for the bad pun). While in the United States Dizzy was more of a curiosity published by Codemasters, who were embroiled in a legal war with Nintendo over the Game Genie at the same time they released Fantastic Adventures of Dizzy for the NES. Enough history, let’s discuss Panic Dizzy and what is old is new again here.

Panic Dizzy came from a chance encounter between the Oliver Twins and the Nintendo Game Boy and its pack-in, Tetris. Inspired by the puzzle game that took over the world, the Oliver Twins set out on bringing the Dizzy character into a similar game. What came of this was Panic Dizzy which featured five distinct gameplay modes packed into 64KB.

According to the Kickstarter, we can thank super Dizzy fan Lukasz Kur for rediscovering this lost game and restoring it.

As mentioned already, there are five game modes in Panic Dizzy.

Four Suits features gameplay similar to Palamedes by Hot*B, another Nintendo Entertainment System puzzle game. Your job is to get sets of four suits in any direction so they will disappear leaving you room to work with the cards coming into the play field.

Match More is also similar to Four Suits but now you are matching shapes and can play against another player. As you complete various goals you can make life harder on your opponent in a similar fashion to Puyo Puyo, or Dr. Robotnik’s Mean Bean Machine/Kirby’s Avalanche.

Dizzy Dice reminds me a lot of Gunpey but with a different twist on the gameplay. Here you are fighting dice that all have three dots on them. The dots are going in different directions and you must match them based on those directions to make them disappear. This one looks like it is going to be the stand out entry here for me. What do you think?

Puzzle Path is the only entry in this multi game cart that does not feature Palamedes style gameplay. Here you are facing a board of tiles with numbers on them and must traverse the field lowering the number by one each time you touch it. Your goal is to not reach a dead end. This is one that I can easily see being tougher than it looks.

If you are a fan of Dizzy and want to help support more games not only in the Dizzy world but other games by the Oliver Twins then head over to their Kickstarter. Check out the backer rewards and maybe throw some support their way, even if it is just sharing the campaign with your friends – it all helps.