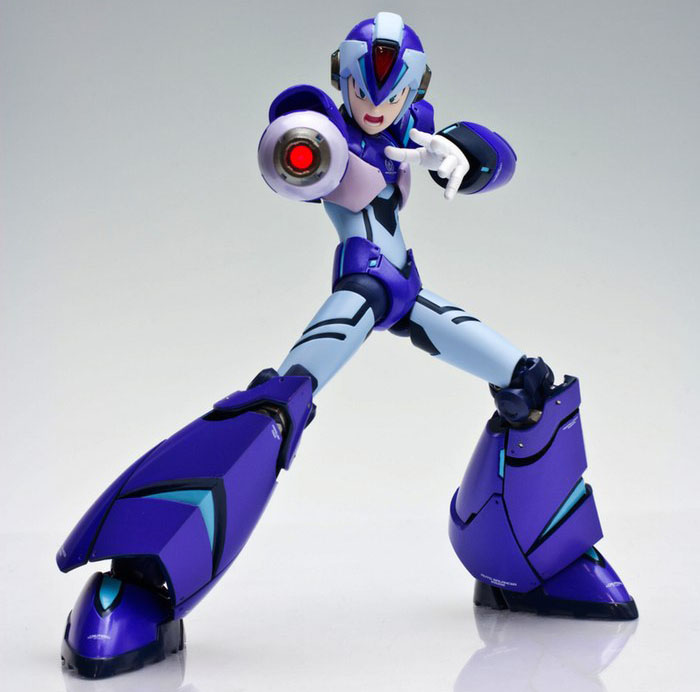 Mega Man X, one of the most popular spin-off/sequel series characters ever, returns as a action figure by TruForce Collectibles. It was previously funded in a Kickstarter campaign in 2015, and sold out, but now returns thanks to popular demand.

It comes packed with many features: diecast armour, red LED functionality to the famous X Buster weapon, swappable parts of the hands, face and weapon effects and last but not least 30 points of articulation so X can stand in YOUR favourite pose. The figure stands 6 inches tall, which translates to 15.24 cm for people living in countries using the metric system.

The figure is available for pre-order at the price of $79.99 and will ship in June this year. You can get it at the Big Bad Toy Store.

Mega Man X saw the light of the day for the Super Nintendo in 1993 and became an instant classic. Critics and customers praised the upgraded audiovisuals from the NES games, the more intense action, many additions to the gameplay, as well as the strong theming and level design. Mega Man X has since spawned many sequels, the latest being Rockman X DiVE released this year. Rockman X is the original Japanese name of the character.