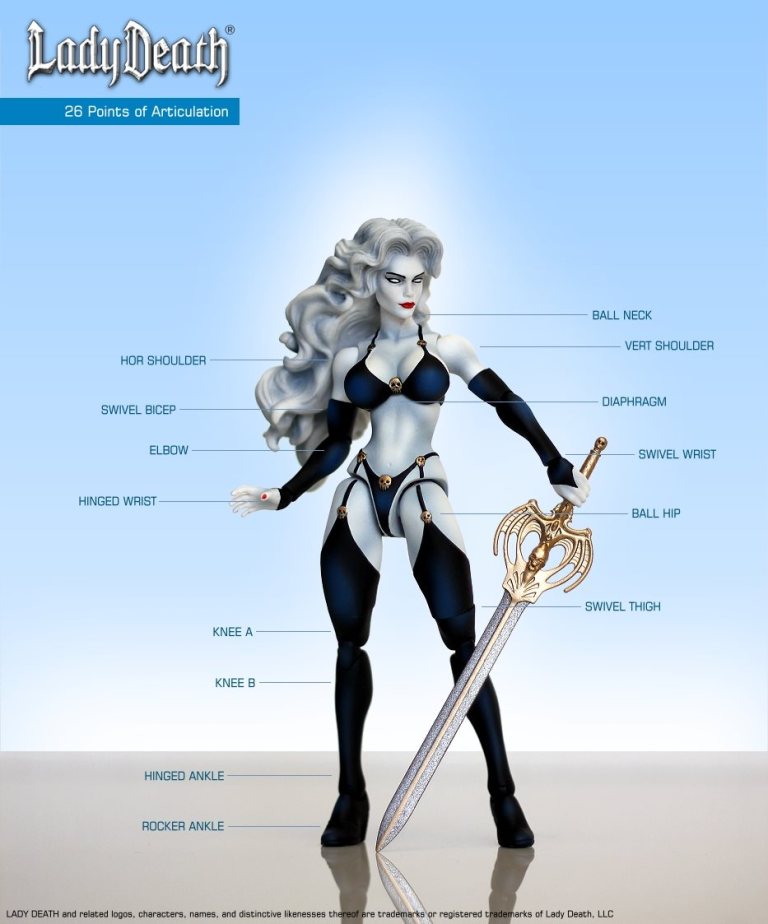 Lady Death first appeared in Evil Earnie in 1991 and became an innovative anti-hero, set in medieval Sweden. She changed IP owner several times and got a full-length animated feature in 2004. Now, an action figure of this iconic character is available for pre-order. It’s available at Coffin Comics and Executive Replicas.

The lady stands 6″ tall with 26 functional points of articulation, for adjustable battle poses. She comes with three accessories, a removable cape, and her weapons the Hell Scythe, and the Deathbringer sword.

This figure is the first in the “Coffin Comics Legacy Series”. Down the line we’ll see Hell Witch, La Muerta, Lucifer and Chaotica among others. Lady Death will ship in December this year.