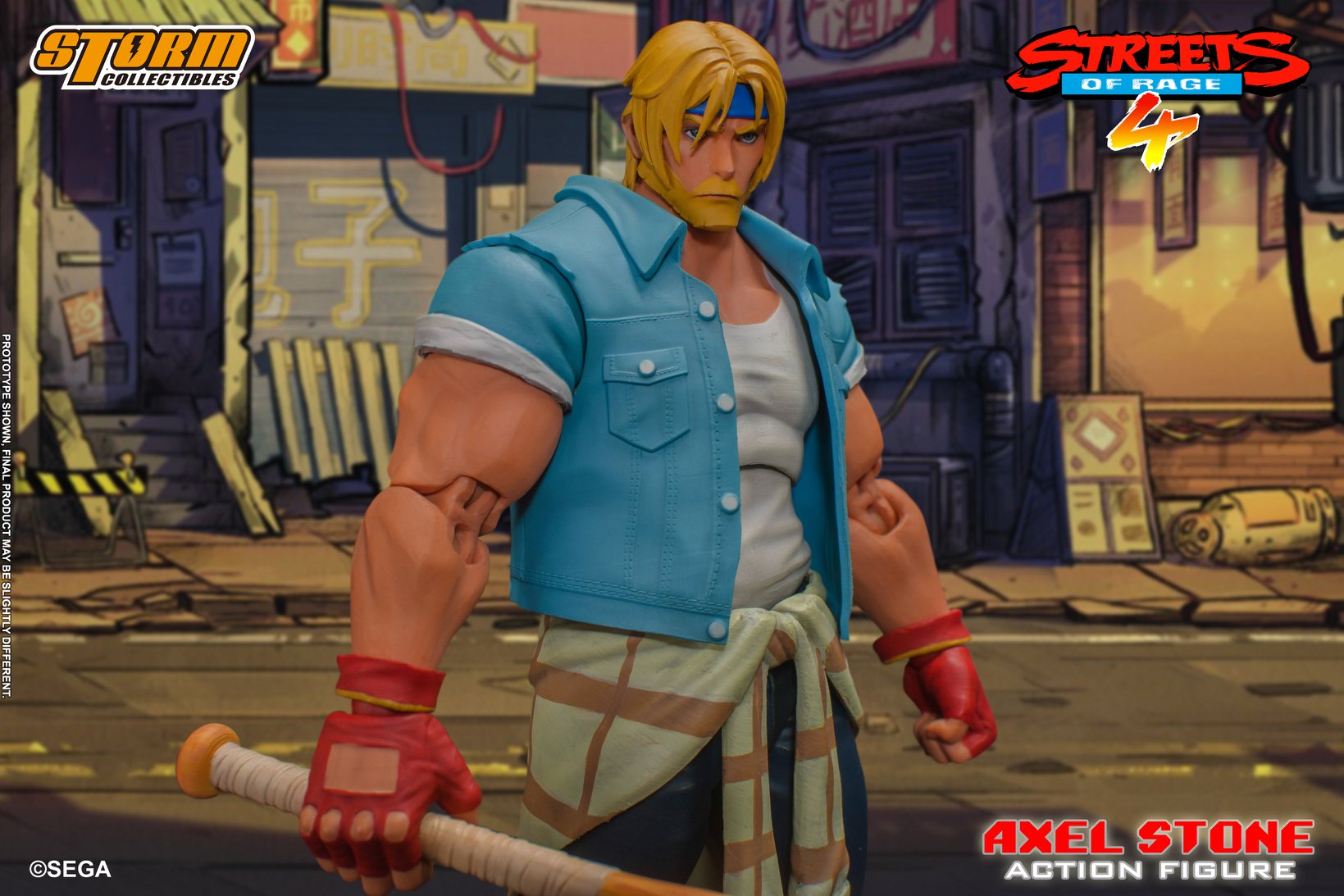 Storm Collectibles are planning to release the first Streets of Rage action figure ever. Depicting Axel Stone in his outing of the latest entry in the franchise (Streets of Rage 4, released a few weeks ago), the figure comes packed with many accessories. They are:

*3 interchangable heads, of which one has Axel yelling
*5 pairs of hands
*2 special move effects, such as the famous Grand Upper
*5 in game weapons, such as the bat and the bottle (even a broken one is included!)

The action figure and its accessories will cost $85 and will arrive the fourth quarter this year.