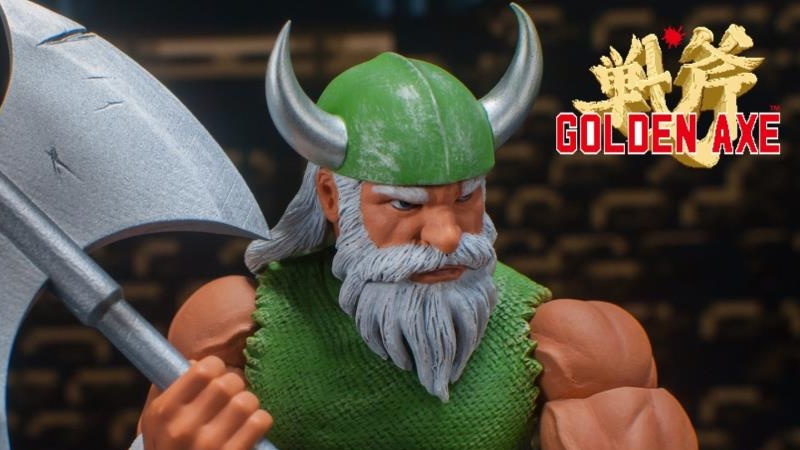 Gilius Thunderhead, the axe manager from Golden Axe and weapons merchant from Shining in the Darkness, comes as an action figure from Storm Collectibles. Arriving with him is Chickenleg, an enemy which debuted in Altered Beast and later came to Golden Axe as well.

The figure is highly articulated and adds two heads and three pairs of hands you can swap. It also comes with an axe, which unfortunately is the Plastic Axe and not the golden one.

You can pre-order them for $134.99 and except them in October this year.