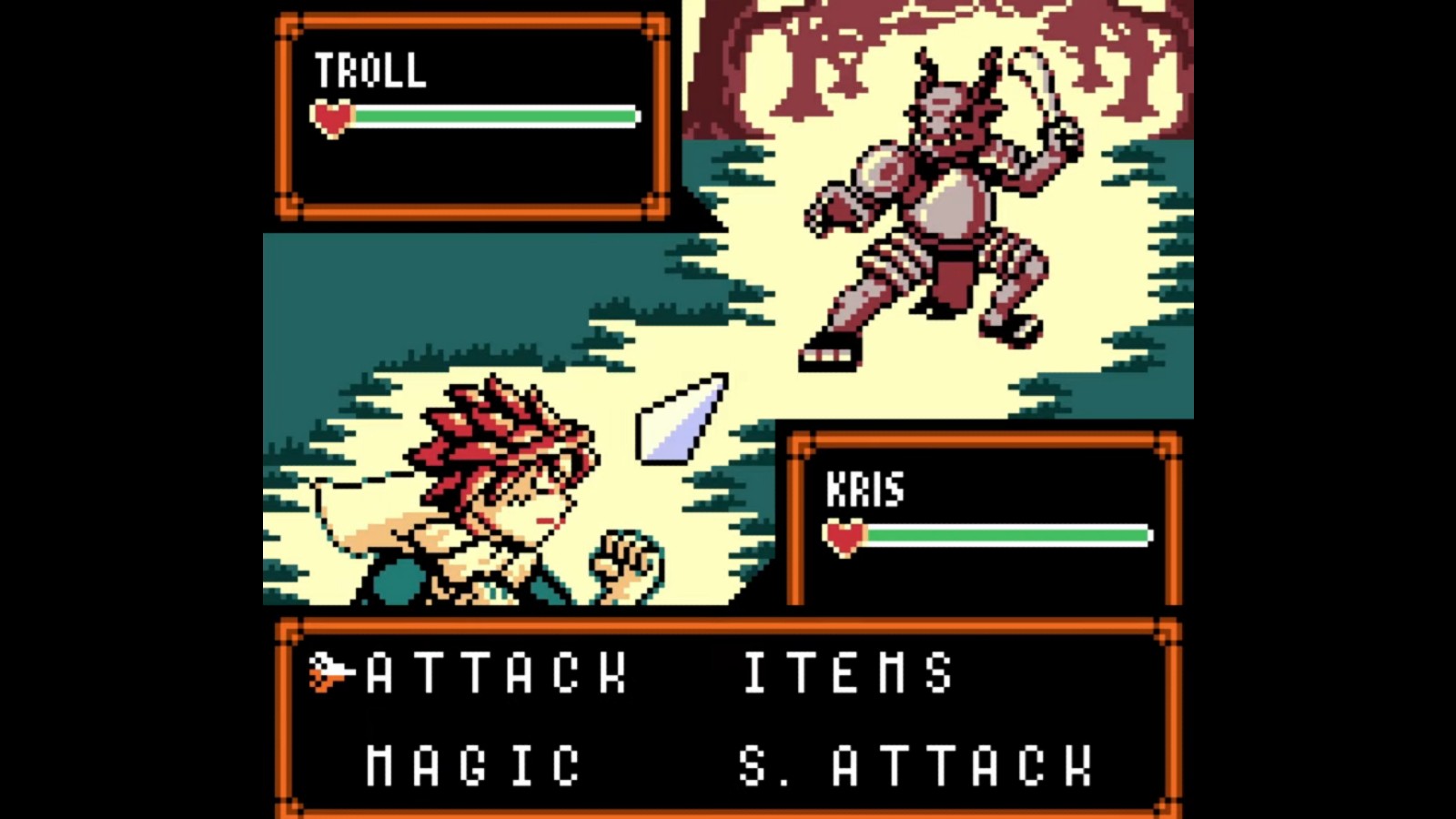 There weren’t a lot of good RPGs on the original Game Boy, but luckily for fans of the genre, thanks to indie and homebrew developers we’ve been able to play some good new titles on that system. One of those RPGs was Dragonborne, which will now receive a color version on the Game Boy Color.

Dragonborne is an adventure RPG game with a turn-based combat system. It takes place on the region of Argon and you take the role of Kris, a boy who is searching for his missing father and who was a great dragon slayer.

If you liked the original game on the Game Boy a couple of years ago, you’ll find new content on this new version of the game apart from the color visuals. The soundtrack has also been remastered, it has improved gameplay mechanics, and new bonus content. And if you don’t have a working Game Boy Color console, you can also play it on the classic grayscale on an original GB console.

This is how it looks now:

The game was made by a British indie studio called Spacebot Interactive. Their first success was actually the Dragonborne game. We’ve talked about their other horror game called Deadeus here on Retro Magazine before. You can watch it’s trailer here.

It still doesn’t have an official release date yet, so be sure to check out the official web page for more information about it.

Remember that we also have a Store section here at Retro Magazine, where you can find new and/or previously unreleased games for consoles like NES, SNES, Game Boy, Genesis, and more.