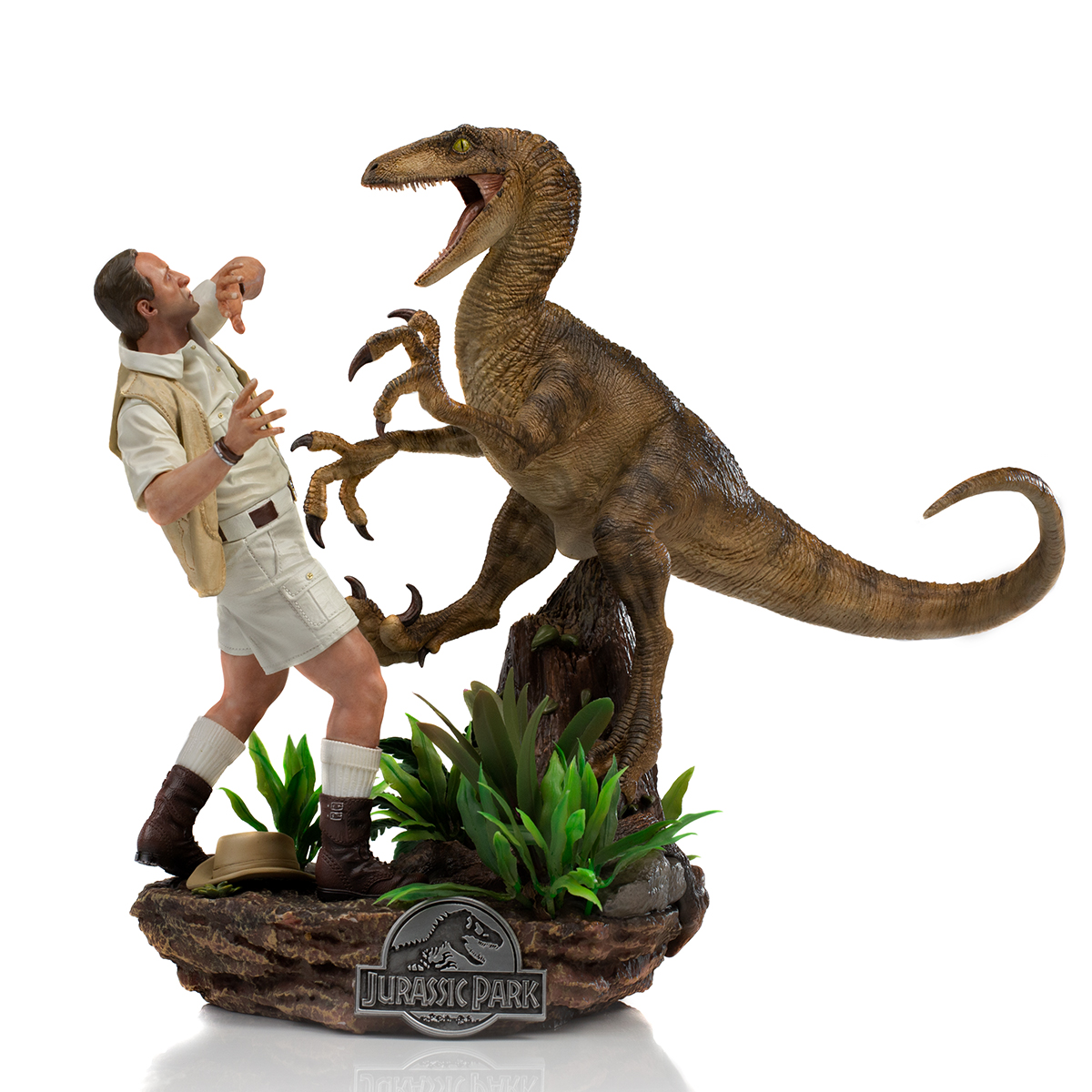 Iron Studios have captured one of the most iconic moments in the first dinosaur movie by Stephen Spielberg. Here is an excerpt of the official description:

During the incident in the assessment of the park on Nublar Island, without electricity, which caused the electric fences that contained the animals to stop working. Muldoon and Dr. Ellie Sattler rescue an injured Ian Malcolm after a T-Rex attack. Then, gathered in the control room, they decide to turn off the main switch in the energy deposit, to restart all systems, and try to regain control of the park. When Muldoon and Ellie seek to perform such a task, the hunter soon realizes that he has become the hunt, and orders Ellie to run to the warehouse while he stands to protect her. When he finds one of the raptors, determined to eliminate them all, he fixes his sights on the animal when suddenly another one emerges from the bushes beside him. Shocked and horrified, but also impressed by this element of surprise, the great hunter Muldoon’s last words are “Clever girl …” seconds before the ferocious female Velociraptor leaps on him.

“Clever girl” is a limited edition item which can already be pre-ordered for $259.99. It will be released the third quarter of this year.