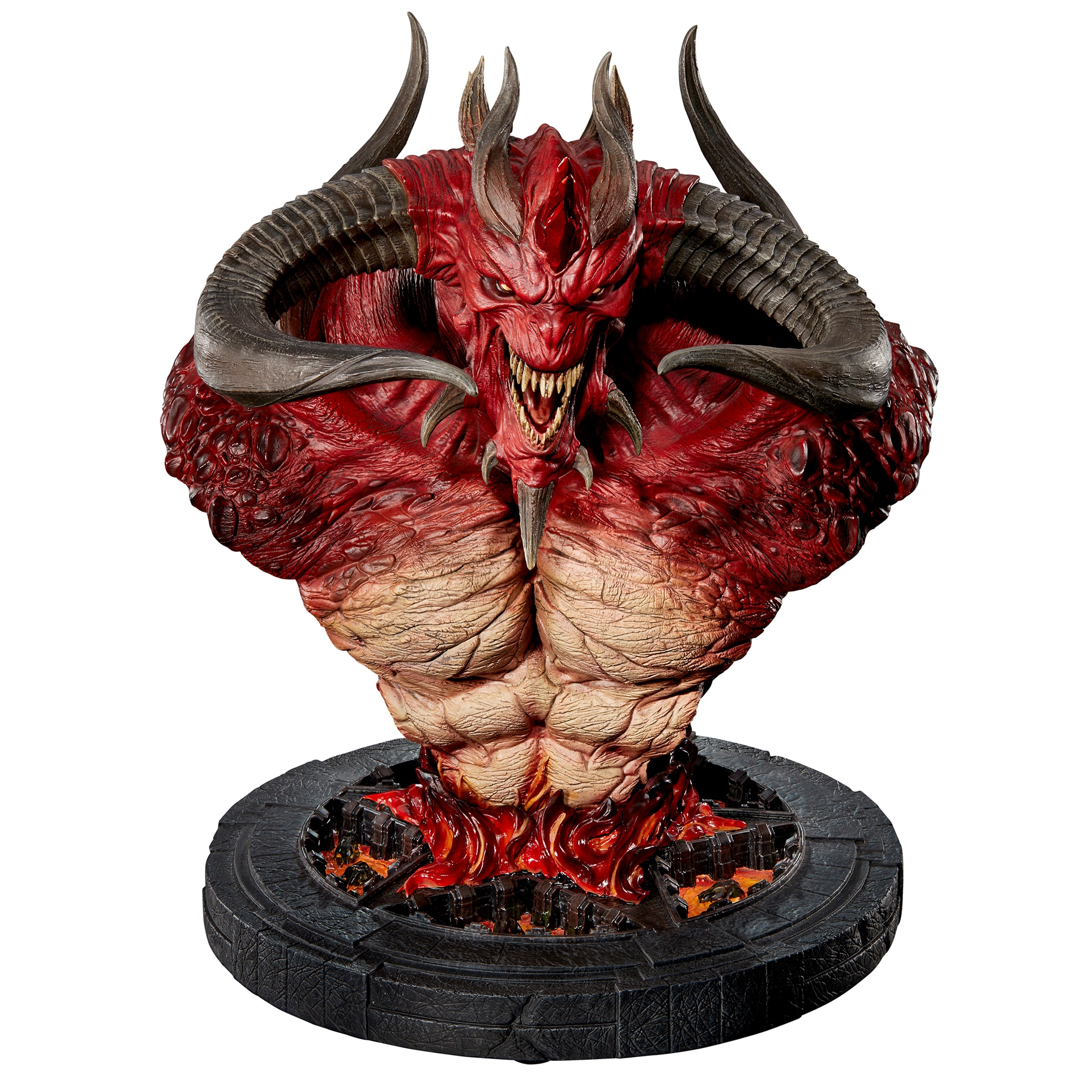 Diablo was released in 1997 and immediately became a classic action-RPG which set a new standard for the genre. Several sequels have done the same, and fans are eagerly waiting for the fourth main installment in the series, announced last year.

In the meantime, they can enjoy the new bust of the Lord of Terror himself. Diablo, which is also the Spanish word for “devil”, is the primary antagonist of the franchise. This bust faithfully reproduces his appearance in the games, including the characteristic Soulstone in the forehead. It stands 10″ tall.