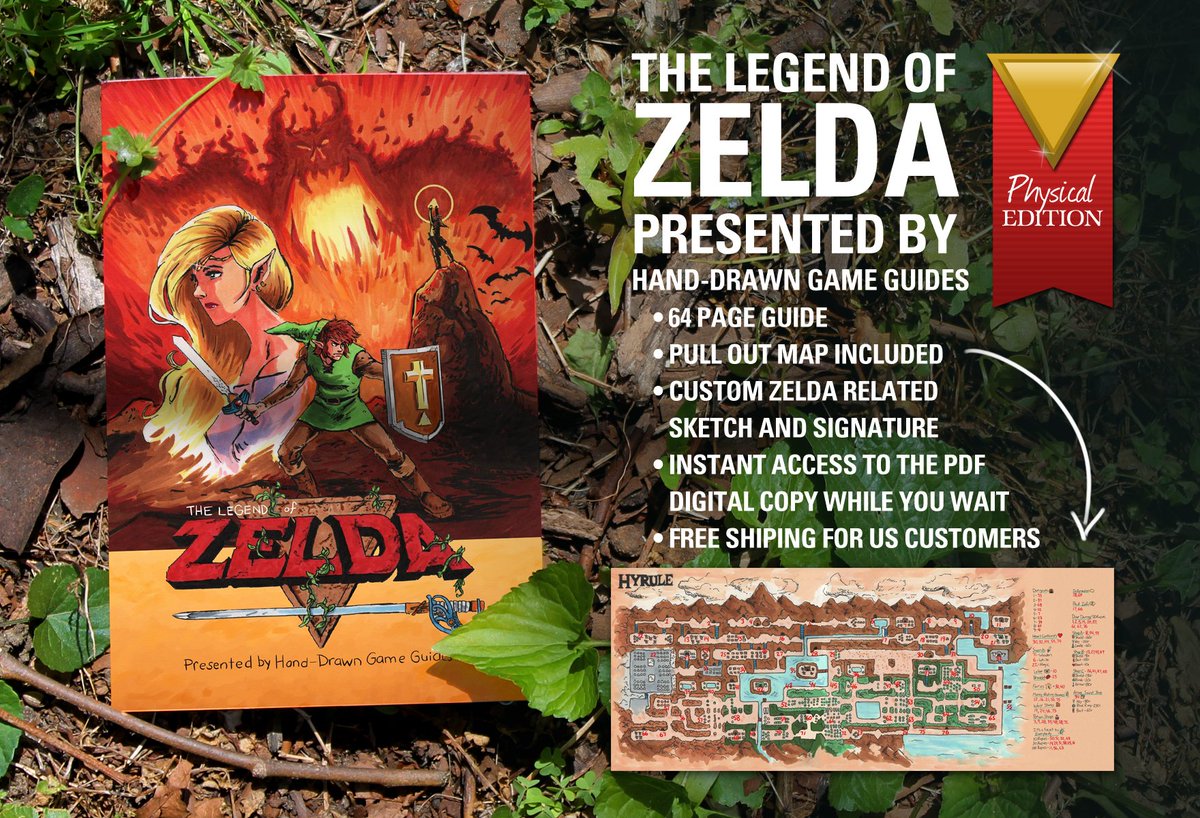 Philip Summers, a dedicated NES fan and artist, has made a few entries in his series of Hand-Drawn Game Guides already. Starting with the hard as nails Ninja Gaiden and the co-op classic Contra, the runs of 100 copies quickly sold out.

The same thing happened with the third guide, for The Legend of Zelda. It sold out in two minutes, which left many fans sad and asked for a reprint. And it will happen. Philip later announced on Twitter, via a typical hand-written note:

I wanted to thank you guys in the most Hand-Drawn Game Guides way that I can, by writing you a note.

If you don’t feel like reading it, we’re going to move ahead with 200 pre-orders on Wednesday, July 1st, 12PM EST. Same time. Lets do it.

So, if you didn’t manage to get one yesterday, you have a new chance of picking one up tomorrow. Or, if you want to go digital, you can always get a .pdf for just a single dollar.