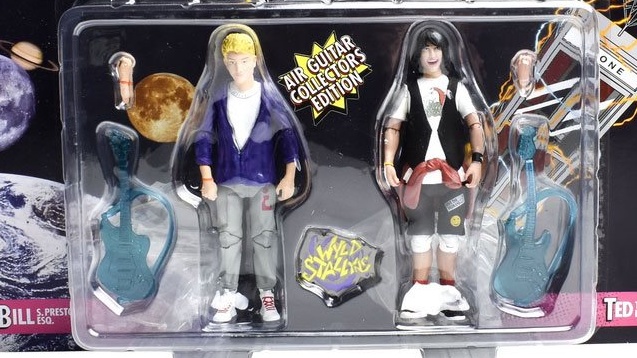 Bill & Ted’s Excellent Adventure is a cult comedy film, released in 1989. Its success spawned comics, video games, an animated and a live action series and sequels, of which the last one was released last year, in Bill & Ted Face the Music. Now, Incendium are bringing us an action figure of both of the protagonists, in a set of two.

The figures are 5 inches tall and have 10 points of articulation. Included in the pack are two translucent “air” guitars, two extra guitar picking hands to go with said guitars and a Wyld Stallyns variant enamel pin.

You can get them for at Entertainment Earth for $66.60. The figures will ship in May.