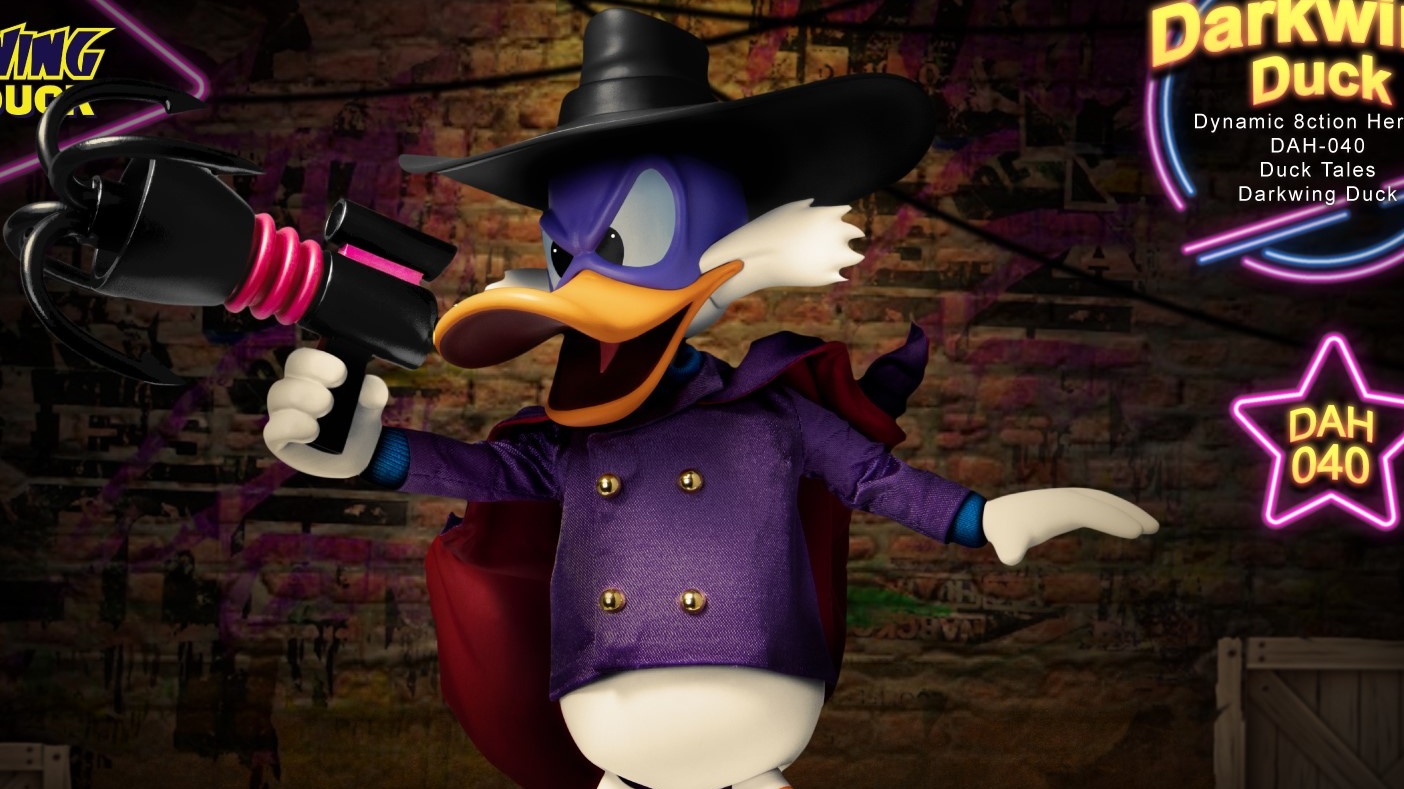 Darkwing Duck, the follow-up to Duck Tales, ran on TV 1991-92. It re-used some old characters, but had a new protagonist in Drake Mallard and much more focus on action. A few video games, most notably for the NES and TurboGrafx-16, and comics (including crossovers with Duck Tales) came after the series. And now, almost three decades from the original run, comes a new action figure.

The fully articulated figure is nearly 6.5″ (16.5 cm) tall. It comes with many replacable parts and accessories, including: masks, mouth pieces, a hat, no less than six pairs of hands, a gun, a detective suit and a base to stand on.

The pre-orders haven’t started yet, nor has a price been announced, but the figure is planned to be released the third quarter of this year.