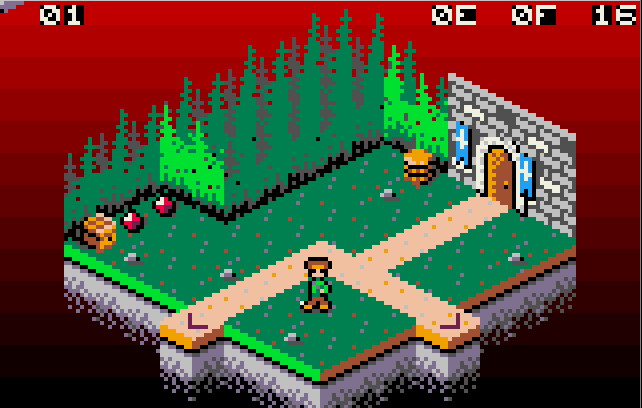 The Atari Lynx was a portable that received support for many game genres except for one. Role-playing games (RPG) were pretty much non-existent on the Lynx. This is a category that is much harder to do right versus porting an already created arcade or console game. While Atari was not able to solve the drought of RPG’s on their portable, independent homebrew developers are hard at work on solving the problem themselves. One such RPG coming to the Atari Lynx is Lacim’s Legacy by Dan Thoresen and Martin Wendt.

Lacim’s Legacy is an isometric RPG currently featuring many areas, buildings, items to collect and use, and various item containers. There is also already a functioning inventory system available, shown in the video below.

While the video is not great, it is obviously filmed with a camera of Lacim’s Legacy running on an Atari Lynx. This is not ideal but it gets the point across and shows the game in action. Don’t let that discourage you from getting excited for Lacim’s Legacy.

Another role-playing game that is helping with this drought on the Atari portable is Wyvern Tales. Unlike Lacim’s Legacy though, Wyvern Tales is more of a traditional console style role-playing game – similar in setup to what you would expect from something such as Final Fantasy on the Nintendo Entertainment System. Lacim’s Legacy appears to take on the much less used angled view that titles like Breath of Fire used (only for battles).

Lacim’s Legacy is currently in development and can be followed via the AtariAge forums. Head over and check it out, while there why not sign up and join in the discussion (they talk about more than just Atari related stuff). Also, let them know RETRO Magazine sent you.