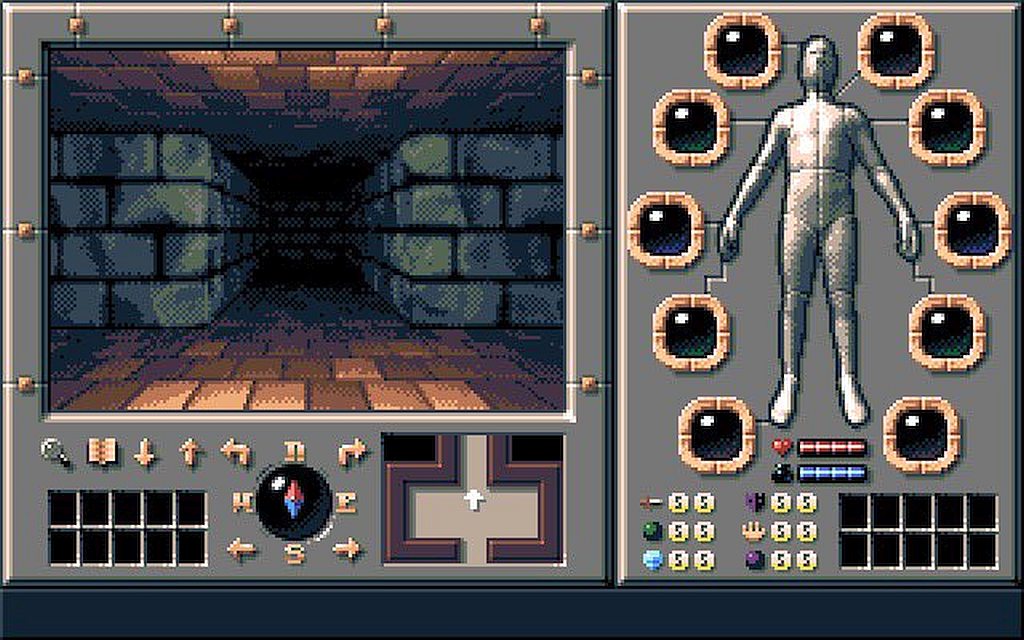 Independent homebrew developers are hard at work keeping classic hardware like the Commodore Amiga alive and well with new games. There are many great and interesting titles being worked on which makes it tough to narrow down to a measly five but that leaves room for me to come back with more lists in the future depending on reader response to this one. These titles were chosen because I thought they were cool and wanted to write them up so odds are, my list (this time) may differ from what you would have chosen. That is cool though, leave a comment and let me know what other cool Commodore Amiga games should be featured. If you are a developer, publisher, etc., get in contact – we would love to work with you to get more press coverage for your efforts in front of fans.

With that said, on with the list of five cool Commodore Amiga games.

First up is a one screen at a time title called “The Game” and according to our friends over at Indie Retro News, is developed by Jay Miner and is currently at version 0.95.

The Game sets you out in control of a little green guy that has to traverse each screen and collect stars, power ups, and light candles along the way as you avoid various enemies. Many of the screens have branching paths and even pieces of other routes that you must discover.

Shadows of Sergoth is a first person dungeon crawler title that reminds me a bit of Alternate Reality: The City and The Dungeon. Both share a similar point of view, single character gaming, and many baddies that want you dead as you wander around the dungeons.

I know, that description is the same for most first person dungeon crawlers but Alternate Reality is the only one I REALLY got into (I still play it over 30 years later). Hopefully Q4 2019 will hurry up and get here so I can check out Shadows of Sergoth on the Commodore Amiga. It seems the developers will make this one available in both physical and digital editions (thank you, not all of us have the necessary hardware available). Indie Retro News did a write up earlier this year of the Amstrad game. Follow development of Shadows of Sergoth on Twitter.

Nutmeg is a game that I covered a bit earlier this year over on Retro Gaming Magazine, at least the Sega Dreamcast version. I was not aware till today that Nutmeg was also getting a Commodore Amiga port and it is the catalyst for this list coming to life.

2D side scrolling fans should already know about Nutmeg. If you don’t, it is a scrolling action adventure similar to Nintendo’s Super Mario Bros on the Nintendo Entertainment System. Your quest is to collect stars and keys that are scattered throughout the levels while avoiding the enemies and the pitfalls. One to watch for and is available on many platforms. Grab the Commodore Amiga version here.

Next we have Trap Runner by Night OWL Design and published by Retroguru. Trap Runner features 5 worlds each with four levels plus a bonus level for a total of 25 levels.

Trap Runner is much closer to Super Mario Bros than Nutmeg as you are required to not only collect items in the levels but also jump on the heads of your enemies to dispatch them. The animation of the enemies, at least the little red ones, dying contains many frames of animation and is quite fluid. Even the lead character has plenty of animation frames. Check Trap Runner out for yourself here.

Tronic Kids is as close as can be to an early Turbo Grafx-16 game called Cratermaze as you can be. You move around the maze like levels, avoid enemies and collect items such as treasure. To slow down enemies, you can dig holes for them to fall into as well.

Be careful because you can fall into your own holes in the levels. This is an interesting game mechanic, kind of a very limited Bomberman style game. Definitely a game design that is not heavily copied or kept alive today, good to see it getting a revival of sorts. Grab Tronic Kids from Amigatronics website.