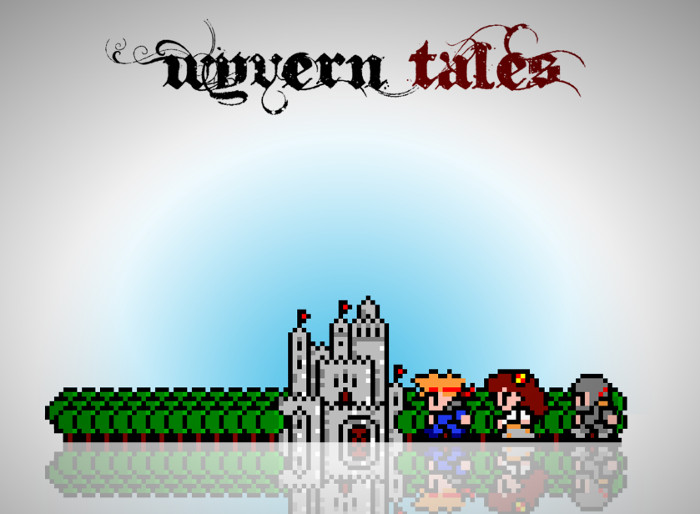 We are on quite an Atari kick here. First it was Spire of the Ancients for the Atari 7800, showcasing true role-playing elements on that console for the first time. Now it is Wyvern Tales for the Atari Lynx, the first true Japanese style role-playing game for Atari’s sole portable. While the Lynx did see a couple of RPG style games, they were different so to speak. Wyvern Tales brings the Final Fantasy style RPG in grand style.

The story behind Wyvern Tales is not all that known and, personally, I think that hurts the interest level for this groundbreaking release. Fans want to know what they are getting into – simply stating it is a JRPG is often not enough to get fans to part with cold hard cash.

What is known though is this:

You are apparently on a quest to complete the Trial of the Gods. This will be accomplished by traversing dungeons and many lands. Along the way you will face various enemies that are only interested in your cold dead carcass.

Battles are handled much like they were in the Final Fantasy franchise. This gives the battles a very distinct familiarity right from the start.

There are towns that will offer shops for you to purchase, or sell, items and other supplies. The usual fare for a Japanese style role-playing game.

Like I said, there needs to be more information on the story to wet the appetites of potential fans. I mean, just for being the first JRPG for the Atari Lynx is going to garner some sales from die hard fans but what about everyone else? A missed opportunity here.

I am interested in knowing if we will see a port of Wyvern Tales to other platforms? Could we see an Atari 7800 port? Maybe to the Atari Jaguar?

Anyhow, head over to the AtariAge forums and send a PM to Ninjabba to arrange your purchase of Wyvern Tales for the Atari Lynx.