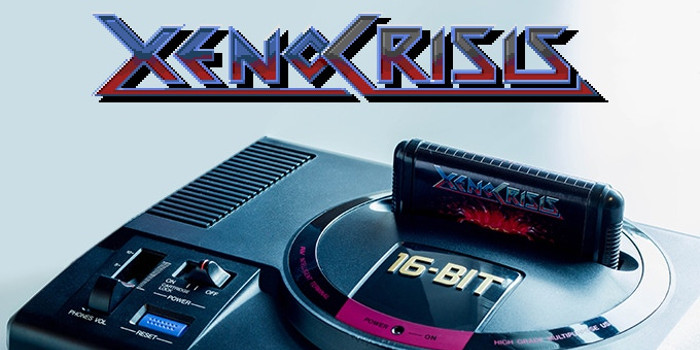 Xeno Crisis by Bitmap Bureau is an overhead action game that calls back to the days of Smash TV, Zombies Ate My Neighbors, and Shock Troopers. The levels are procedurally generated, featuring room after room full of evil creatures that are thirsty for your blood. Xeno Crisis has recently crushed all their Kickstarter goals, including bringing the game to Nintendo Switch and Steam (Windows, Macintosh, and Linux platforms supported).

The Bitmap Bureau team consists of some serious industry veterans including Mike Tucker (game tester on Carmageddon, producer on House of Dead Ninjas, Knightfall, and more), Matt Cope (programmer behind some of the most iconic Nokia cell phone games we all remember), Henk Nieborg (pixel artist responsible for Adventures of Lomax, Shanteae, Contra 4, Harry Potter, and many more), and Catherine Menabde (former storyboard and background artist for animation, handling interstitial screens for Xeno Crisis).

Music is provided by Savaged Regime, renowned chip-tune artist well versed in working with the Mega Drive’s YM2612 chip. You know it is going to sound well, for proof, check out the video above – that is Savaged Regime’s rocking music that will play out your television speakers while playing on all platforms, including the Sega Genesis.

Look, we don’t get many games like Xeno Crisis so if you love this style, want to support more Sega Genesis and Dreamcast titles then head over to their Kickstarter, throw some dough at it (digital copies are £10 (about $14 for North American gamers).