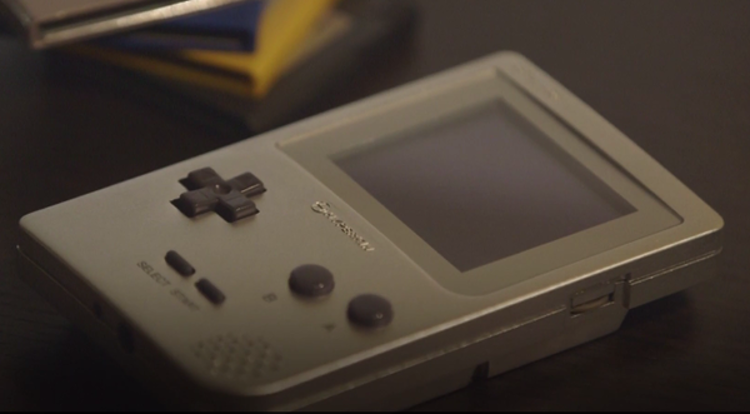 Originally released in 1989, the Nintendo Game Boy was a hand held that took the world by storm. Thanks in no small part to Nintendo and their gaming product line, the Game Boy went on to sell over 200 million units (cumulative for all hand-held devices sporting the “Game Boy” name). This success was due to having the franchises gamers wanted to play, such as Super Mario Land – a bite size version of the Nintendo Entertainment System (NES) classic. Initially packing in the Tetris game cartridge propelled the Game Boy into the non-gamer market, further padding the sales figures. Hyperkin have announced at the 2018 Consumer Electronics Show (CES) their plans to revive the Game Boy line with units shipping as early as December 2018.

The Ultra Game Boy will feature a rechargeable battery, back-lit screen, contrast and sound dials where they should be, and a switch to turn off the backlight altogether. The Ultra Game Boy also brings with it full support for all the Game Boy games released – possibly Game Boy Color titles as well (which would make sense since the screen is full color). Details are sketchy, but the rumor is not being denied by Hyperkin. All this is housed in an aluminum case that resembles the original Game Boy design. 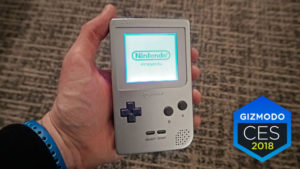 Continuing one of the selling points of the original Nintendo portable, the Ultra Game Boy will feature a rechargeable six-hour battery (charged via a USB-C port). Unlike the original though, the Hyperkin model will feature stereo speakers.

Fans of chiptunes music will be interested in the Ultra Game Boy considering Hyperkin will make the device open to creating the popular minimalist music.

The final interesting point is that Hyperkin are aiming for a late summer/late year release of the Ultra Game Boy with a price point under $100. 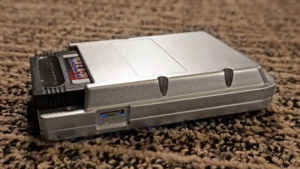