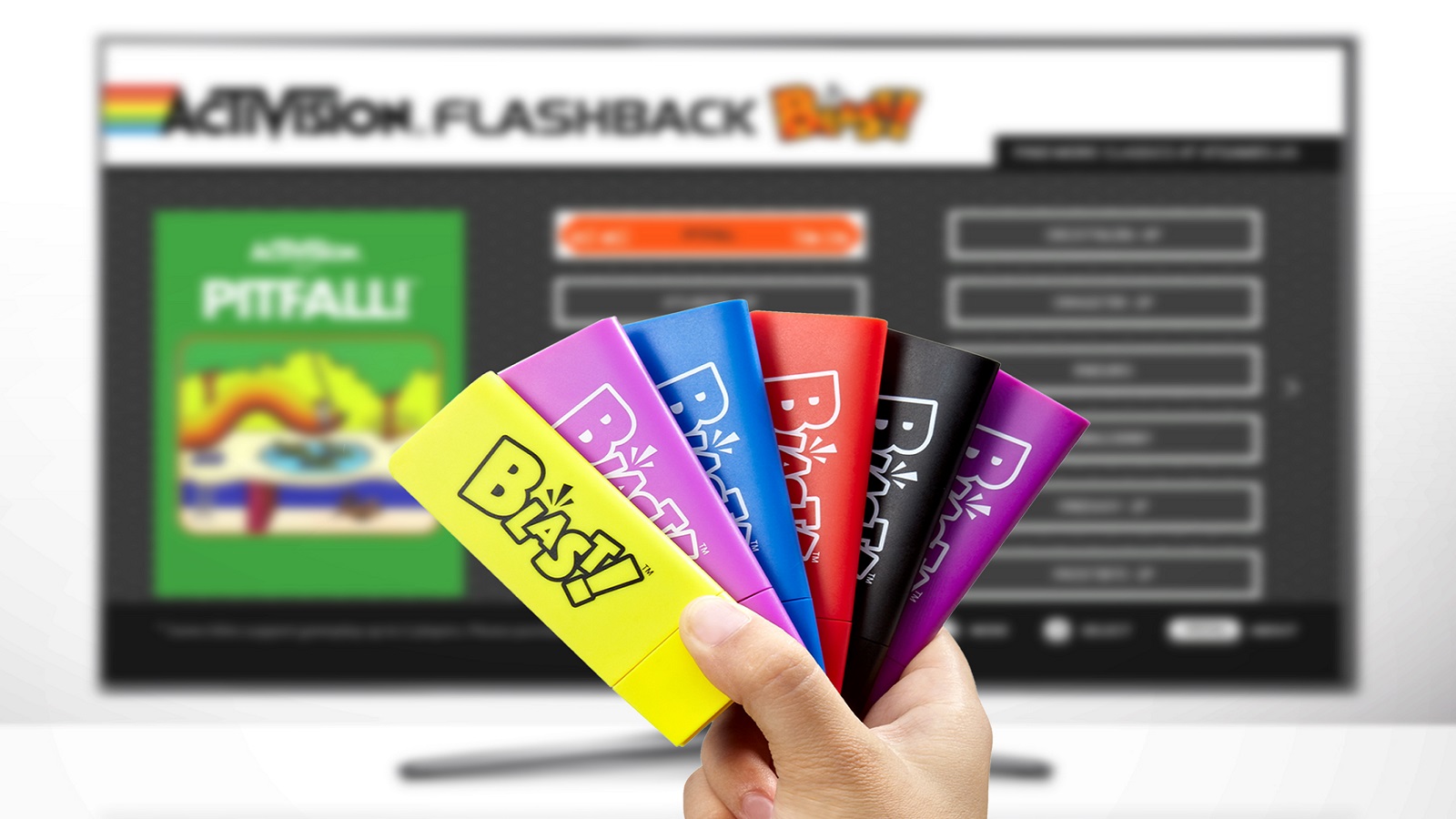 AtGames are quite prolific in their releases of emulation based plug and play units that feature classic games. Most notably AtGames has focused on Sega Genesis and Atari 2600 platforms, and games, but they have also released plug and play units for other platforms over the years as well. Their reputation with gamers depends greatly on what generation that gamer is from. Gamers that lived through the featured era of gaming are often not impressed with AtGames offerings while other gamers are more forgiving on the accuracy of things like sound or video quality. Recently AtGames released an HDMI dongle focusing on one company, the Bandai Namco Flashback Blast. Already there are concerns with the units reviewed versus what gamers get when they buy the unit at stores. Then there is the social media problems AtGames is creating for themselves.

That is eight games total. Not a bad lineup for what the Bandai Namco Flashback Blast will set you back – $20 on Walmart’s website.

According to the official AtGames press release, the list of included games for the Bandai Namco Flashback Blast was to feature the arcade versions. According to YouTube content creator John Hancock, the unit he received versus the unit in Walmart stores is quite different.

Bill Loguidice, owner of Armchair Arcade and “social media posting” for AtGames, has been quite vocal in defending the situation of the Bandai Namco Flashback Blast on the AtariAge forums. Mr. Loguidice states in the forums, “What’s in all of the stores for the foreseeable future is the home console versions of the games.” It is interesting to note that he states this is also for the foreseeable future which means there is no recall that will occur with this “misunderstanding” that AtGames themselves created.

Later in that same thread Mr. Loguidice states “…All artwork, playscreens, etc., are representative. So there won’t be any refunds, compensation, etc.”

So, let me be clear here. AtGames know they are in the wrong here but are not doing anything to fix it so don’t waste your time asking – Mr. Loguidice will probably ban you on Twitter for bringing up the subject.

Go over to AtariAge and read that threadfrom the first post and you will see some forum members that agree with Mr. Loguidice, consumers should read, and understand, all writing on the box before purchasing (even though the portion that Mr. Loguidice brought up is in quite small print and easily missed).

It is apparent that Mr. Loguidice is also behind the actions of the AtGames Twitter account that, according to Kotaku, is banning social media users that have opposing points of view about the Bandai Namco Flashback Blast.

Let us know your opinion on this situation in the comments.