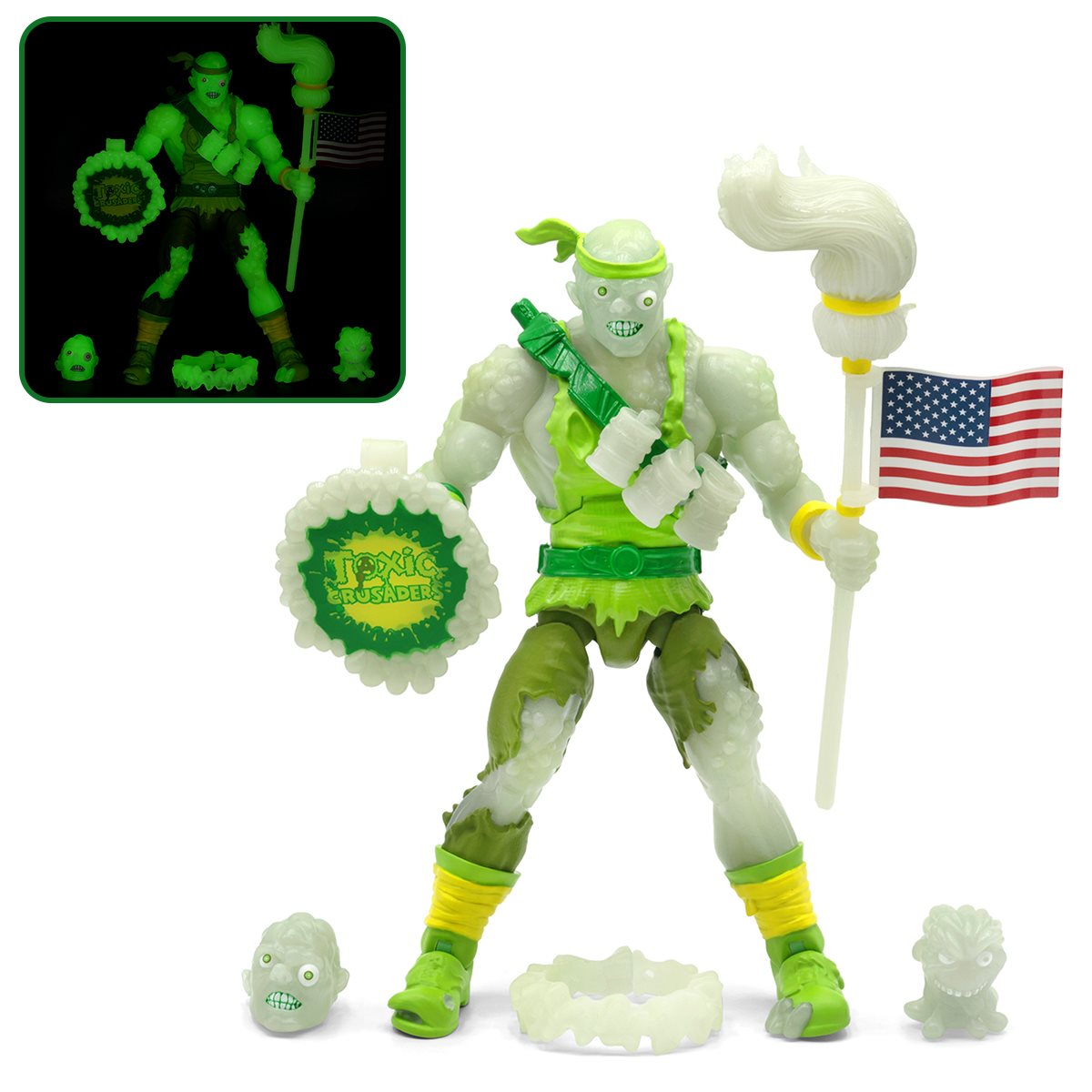 Toxic Crusaders is an animated series based on the Toxic Avenger films. It, along with Captain Planet and the Planeteers and Swamp Thing was a part of a wave of environmentally considerate media aimed at children in the early 90s. Now, an action figure based on the protagonist Toxie is available for pre-order.

Aside from the glow in the dark feature, it also brings his pet Blobbie, a Stars and Stripes mop, an alternate head which naturally can replace the other, a shield and other accessories. The figure is 6 inches tall.

Toxie will cost $44.99 and is expected to ship in June this year.