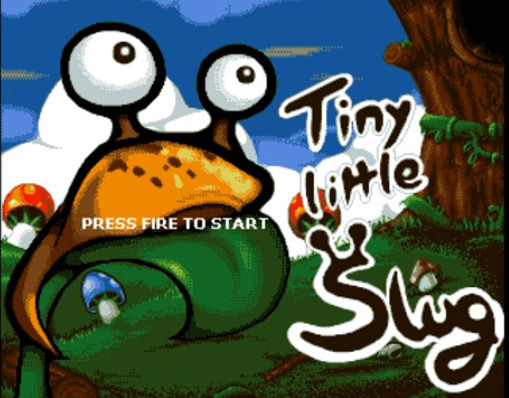 While the 3DO failed in the grand scheme of gaming, it did do one thing. It gave many independent developers a shot at console gaming like never (even more so than the Atari 2600 days). One title that stuck out when I first saw Tiny Little Slug was Gex by Crystal Dynamics (had it been possible, that should have been the pack-in title, remember those?). Fans of side scrolling action games will want to check this one out.

Why retro gamers should be excited

According to our friends over at Indie Retro News, Tiny Little Slug is coming to the Commodore Amiga platform. Work is currently still ongoing meaning this is not a final version shown in the video below.

Tiny Little Slug is an action game starring a creature that is known for being slow. Slugs certainly are not known for their jumping abilities. As with other character choices, some liberties were taken – who thought teenage mutant turtles would excel at the art of the ninja?

Considering you are controlling a slug you can stick to surfaces, much like Gex on 3DO, PlayStation, and Sega Saturn. The video above shows this capability a little but the focus is on the level itself.

The devil is in the details

Check out the video again after reading this portion to get the most out of it. Basically, mascot games as they were referred to back in the day, must work the details to become something more than just another action game. Sonic has his “attitude”, Mario has his tight control and varied enemies and tons of playability. Tiny Little Slug features a lot of interesting tidbits.

First, the animation, from the little fire dudes to the torches and lava in the backgrounds, animation is obviously a focus here. So is the music, some commenters on the YouTube video state it is very similar to a Nintendo owned tune – what do you think? Did you notice the wavy lines floating up the screen? Those are not interference lines; they are meant to represent heat considering this is a lava level. Finally, did you notice the octopus kicking back in a lava pool?