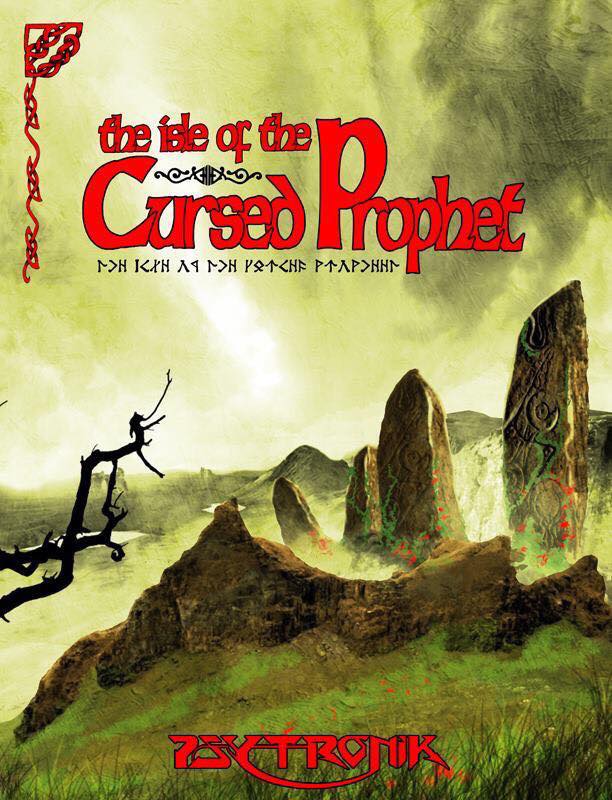 Isle of the Cursed Prophet is one of those games that will deceive you in pics. This was a big problem back in the day prior to the Internet and YouTube. Back then, pics were all we really had to go on till a magazine would cover it in some manner (more often than not, games were skipped). Not being based on another title leaves the developers open to go in new directions in story and environments. This one has been on my radar for a few months now, but I decided to wait for more content to write about first. It would be quite annoying to everyone to see a new article detailing every little step of development here.

Where The Isle of the Cursed Prophet stands

Right now it is one of many games in development by Icon64, Run Demon Run being one of their more recent releases to finish development. Isle of the Cursed Prophet is not what it appears in the pics to be. Icon64 has stated on Facebook that this is not a role-playing game (RPG), rather it is an arcade adventure.

Mid-July they showed off some of the scrolling in the game on Facebook. The scrolling appears to be pretty good but this is based off a video taken by pointing a camera at the screen so final results could be different. Early in August a new character was shown off for Isle of the Cursed Prophet as they walked around a town. Again, Icon64 stated this is not going to be an RPG. Is it me or does it seem they get a lot of questions about that?

The last update, as of this writing, features a video of the backgrounds getting a bit of attention to animation. The water is now animated giving the world a bit of depth and realism versus the stale view it has had in the past.

Other games by Icon64

This team has created quite a few Commodore 64 games. One of their earliest, Soulless being an interesting title that caught my eye years ago, was impressive. They have also created The Legend of Atlantis which was an action adventure, Run Demon Run and many others.