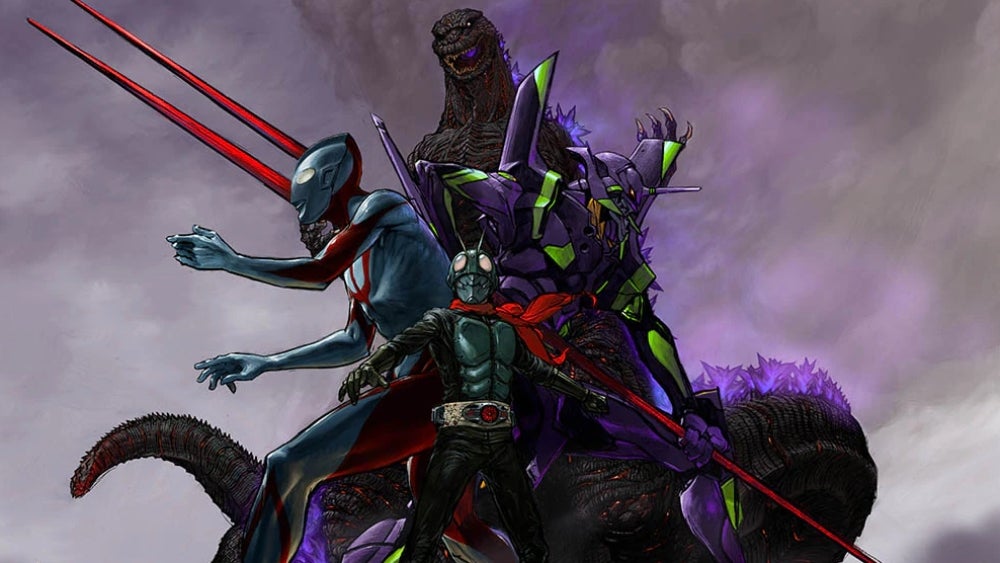 Over the past decade, the Marvel Cinematic Universe has dominated movie theaters with its connected movies and character crossovers that take part in a larger story arc. Even though Marvel was not the first movie studio to do so (let’s remember the classic Universal Pictures monster movies), they have been the first ones to do it right. And soon, we will have a new movie-verse coming from Japan.

Hideaki Anno, the creator of Evangelion, is the man in charge of making this happen, and actually, it has already started and we didn’t even know it. This entertainment universe is called Shin Japan Hero Universe, and it will include properties from different studios like Toho, Toei, Tsuburaya Productions, and Studio Kahara. These properties include Godzilla, Ultraman, Kamen Raider, and even Evangelion.

Anno co-directed and wrote 2016’s Shin Godzilla, which was a new take on the classic kaiju that terrorizes Japan, and not to be confused with the western version of the same character that fought King Kong in recent years. He also wrote the script of Shin Ultraman and Shin Kamen Raider, both movies will be coming out to theaters in Japan soon.

As Kotaku mentions, there will be more information this year. And who knows, maybe we’ll see all of these characters sharing he big screen someday.