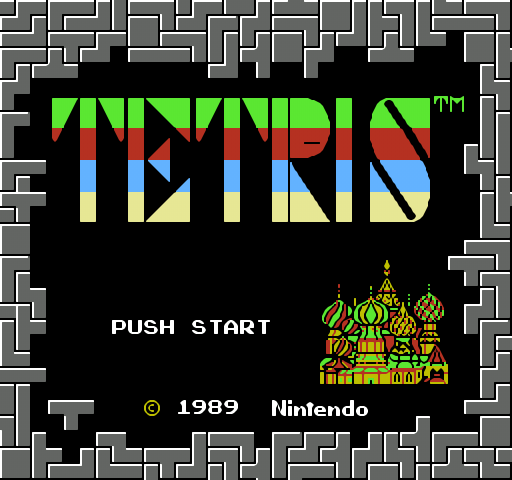 Tetris is the game that I can honestly point at as singly responsible for setting up Nintendo as the king of the hand held market. This was accomplished thanks to Nintendo having the foresight to make Tetris for the Game Boy the pack-in title (remember when consoles and hand helds came with games?). This single move, along with the fact that Nintendo was very litigious and able to secure the exclusive rights to both the hand held and the console versions of the classic puzzle title help further secure Nintendo platforms as the places to game. For many years it was thought that level 29 of Tetris on the Nintendo Entertainment System was the “kill screen” for the game. Gamers simply were not going to go any farther. Until recently.

Joseph Saelee was able to not only beat the level 29 kill screen but in the same session reach level 33. This feat has set a new high water mark for gamers to attempt to beat. It took Mr. Saelee less than a minute of frantic gameplay to reach level 33 once he passed level 29.

That is some fast paced blocks dropping and being placed.

Me personally, I could never really get much farther than level 11 or 12 before the game was just too fast for me. At that point I would usually go back to playing Dragon Warrior or Super Mario Bros 3, or go outside, or go play with my Transformers as they invaded Eternia and He-Man had to repel the metal giants.

Oh, I forgot to mention, Mr. Saelee is only 16 years old and he has already taken the throne of Classic Tetris Champion. Where does he go from here? Do you think he will attempt Sega’s Columns next or focus on honing his Tetris skills and attempting to reach level 34?