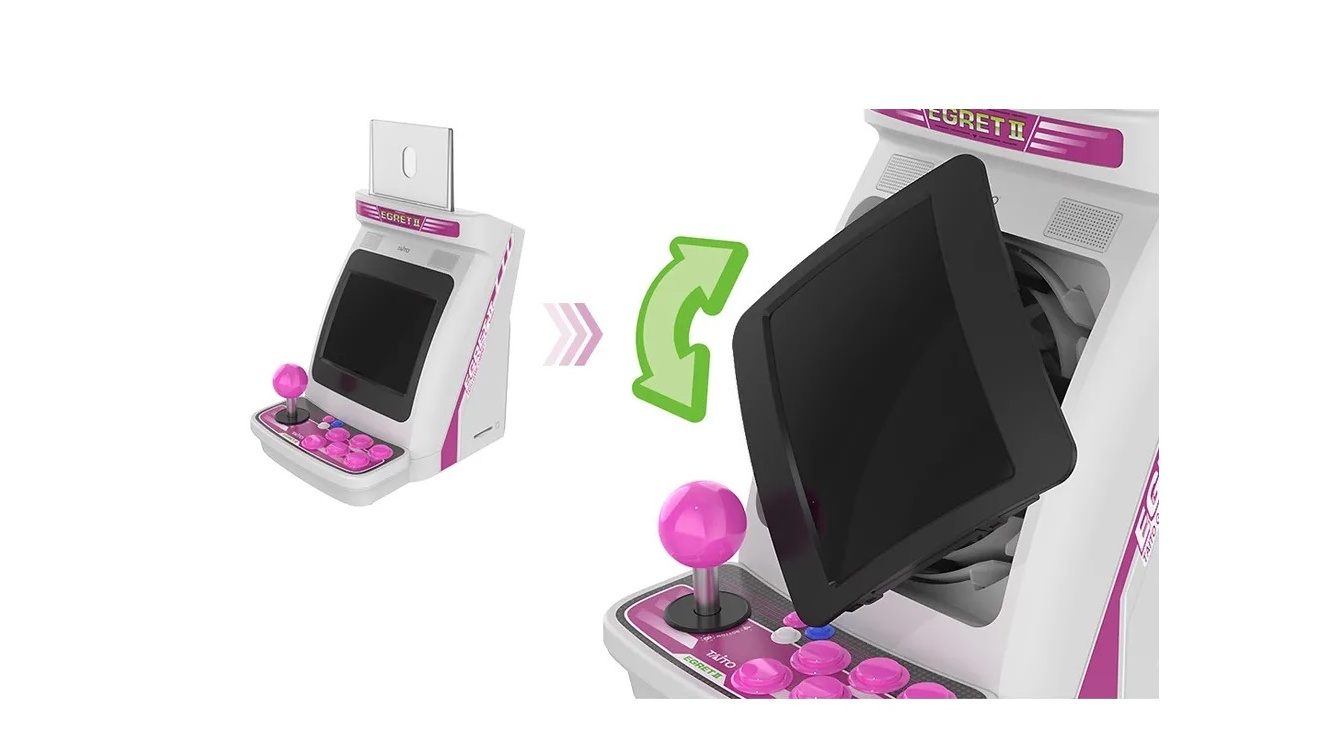 Mini systems have been popular in recent years, bringing us small consoles loaded with a set number of games, such as the SNES Classic Mini. Sega released the Astro City Mini, a system packed with some of their classic arcade titles. Now, Taito will do the same, but with a big twist.

The Egret II Mini will feature 40 titles. All of them haven’t been revealed yet, but those that are follow below:

Another ten titles will be available on an SD card if you get the trackball bundle, since these titles will use a trackball controller. Titles confirmed so far for this bundle are:

There will also be a controller and an arcade stick available. However, most interesting is perhaps the possibility to turn the screen into a tate mode for games that support that mode.

The Egret II Mini will be released March 2nd next year.