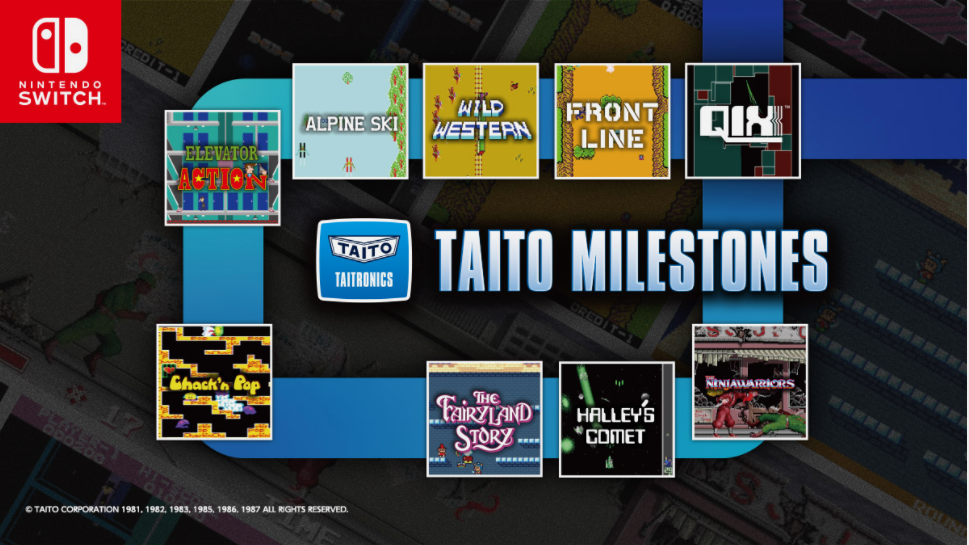 If you grew up playing video games in the seventies and/or eighties, then you probably played at least one Taito game, whether you did it on an arcade or on a home console. Taito’s legacy in gaming spawns over five decades, having their golden years during the eighties with titles that you’ll soon be able to play again on your Switch.

The Taito Milestones was announced. It will be a collection of 10 classic arcade games that will be available on Nintendo’s console, and it will come in two presentations: digital and physical editions.

So far, only nine out of the ten games have been announced. These games are:

The physical editions will be available at Strictly Limited Games Store starting on November 25th, while the digital and physical pre-orders on other retail stores will soon follow.

Do you remember these games?

For more retro and classic games, check out the ones available at our Store page.