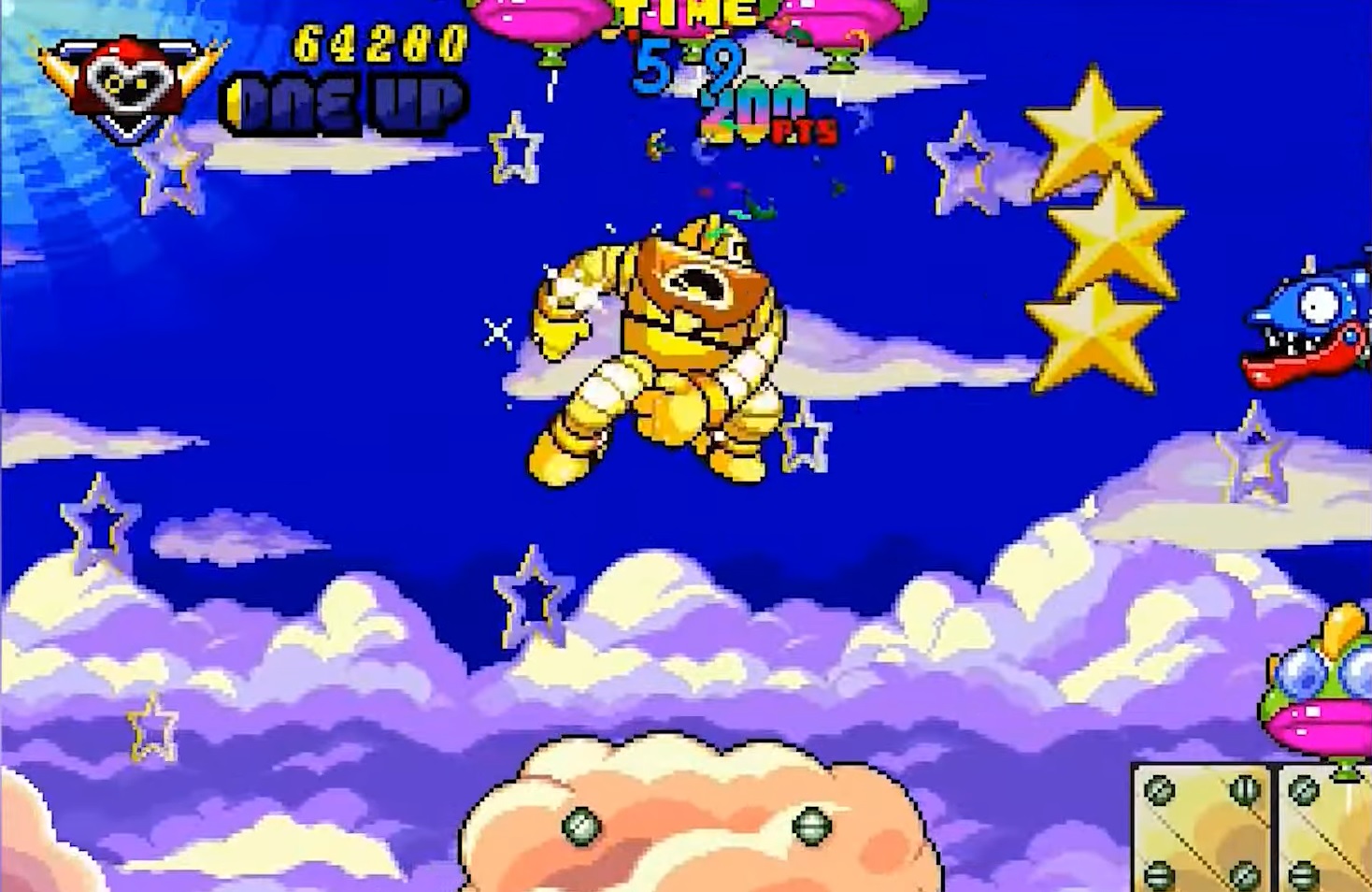 Making a game is not easy, especially twenty or thirty years ago when it was harder to have game-making software or hardware. Throughout the 80s and 90s, there were a lot of games that never came out due to different factors. Sometimes because of a studio being shut down, and other times because the budget ran out. One of those unfinished games was Clockwork Aquario, an arcade game from the early nineties that will finally be released on modern consoles.

Clockwork Aquario was being made by a company called Westone, they had published games from the Wonder Boy series. And by the looks of it, Clockwork Aquario had a colorful visual design that reminds us of the Wonder Boy games. It is a 2D side-scrolling action game where you choose between three different heroes, each one with its unique set of moves. You can play it solo or co-op.

The reason the game was never released, was because in the early nineties the most popular arcade titles were fighting or 3D games. So the publishers back then decided not to release it because they feared that the game would not be attractive to audiences. But they now have found the original game and worked on it again so it will be fit for modern consoles.

The music was composed by Shinichi Sakamoto, who also did the music for several Wonder Boy games.

The game will be released digitally on PS4 and Switch. It will be available on Nov. 30 in Europe and Dec. 14 in America.

For more retro gaming games, check out our catalog in our Store.