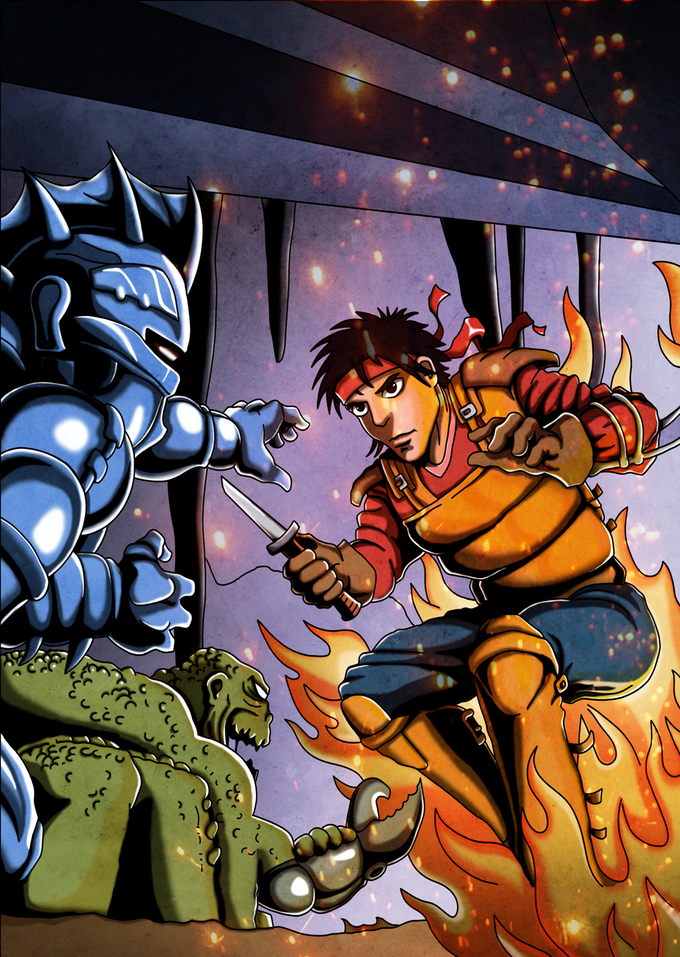 The Story of Switchblade

For those that do not know Switchblade’s backstory, here is a quick refresher. Havok have returned to Thraxx and unleashed a new level of evil after 10,000 years of peace. Havok were successful in destroying the Fireblade, the sour of power for the Bladeknights who kept peace across the planet. With the Bladeknights weakened, Havok was able to turn the skies red with destruction. Citizens and Bladeknights alike died at the hand of evil creatures that Havok set upon the world. All Bladeknights died, except one – Hiro.

Controlling Hiro your goal is to navigate the world of Thraxx dispatching Havoks creatures on your quest to reassemble the sixteen pieces of the Fireblade.

What about the figure

Currently the prototype figure has been created and is shown in this article. This is just the first part of the long process of getting the Switchblade toy into production. The full schedule is covered on the Kickstarter campaign page, so I won’t bore you with repeating it here. The track record of Piko Interactive should give anyone with concerns a bit of relief here. This is not their first Kickstarter and it probably won’t be their last. 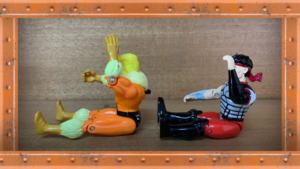 The figure is basically designed to be similar in size to the Toybiz line (X-Men), Playmates (Ninja Turtles), and Hasbro (three- and three-quarter inch tall G.I. Joe figures). What that means for those that don’t know already is, the figures will be detailed but not absurdly huge.

All about the stretch goals

The first five, of six, stretch goals are additional figures from the Switchblade universe. Those would be great to see, the first is unlocked at $25k, but that sixth stretch goal. That is the one I want to close this article on.

Hit the Switchblade Kickstarter project page to check out the details and possibly throw a few bucks at this Switchblade figure. If you want it, help make it happen with pledging, sharing, posting, anything. It all helps in the long run.