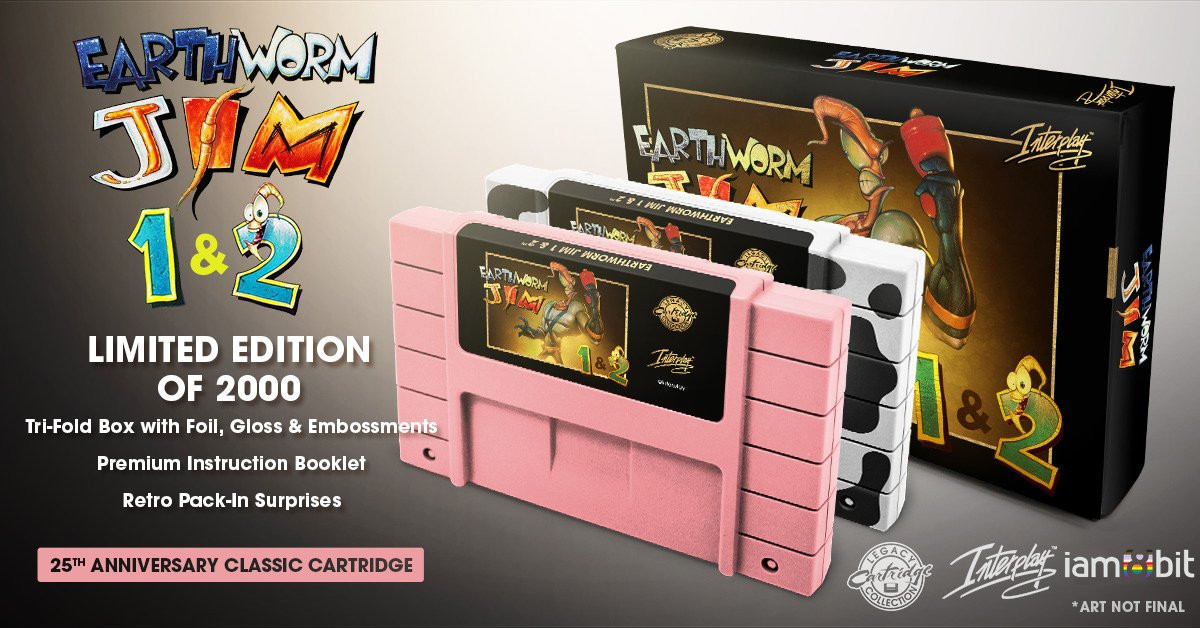 Okay, lately Earthworm Jim has been getting a fair bit of press. From the Amico announcement to this special edition cartridge by iam8bit in conjunction with Retrotainment Games and Infinite NES Lives, the once mighty worm is climbing back into the psyche of gamers. What is interesting about this 25th Anniversary Edition is that the cartridge contains both Earthworm Jim 1 and 2 for the Super Nintendo console.

Is this the same as that?

Short answer is no. If you missed it, the Intellivision team announced early in May that a new Earthworm Jim game was in the works for their Amico console. Add to that the fact that it will be developed by most of the original team and will be exclusive to the Amico and it is easy to see why this is an interesting development.

This is yet another Earthworm Jim announcement?

Yes, earlier this week it was announced that there will be a special two game cartridge released for the Super Nintendo celebrating the 25th anniversary of Earthworm Jim. This being an iam8bit release there will be more to the total package than just a new cartridge.

What to expect for your money

First, there will be a premium instruction booklet, fold out foil box that will make 90’s comics collectors drool, a retro pack-in surprise, and more. Part of that more is custom package design and restoration by Jango Snow Art & Design and manufacturing will be handled by Retrotainment Games with Infinite NES Lives. Whew. Got all that?

No. Considering there are only going to be 2,000 copies produced, total, it is worthy of mention that 100 copies will be in special cow print cartridges. The other 1,900 copies will feature cartridge shells in a shade of pink being referred to as “Udder Pink”. Either one is cool and would make a very special gift for that collector in your life.

Hurry while supplies last because once these are gone, you will be left at the beckon call of the eBay aftermarket prices. Head over to iam8bit and secure your copy right now.