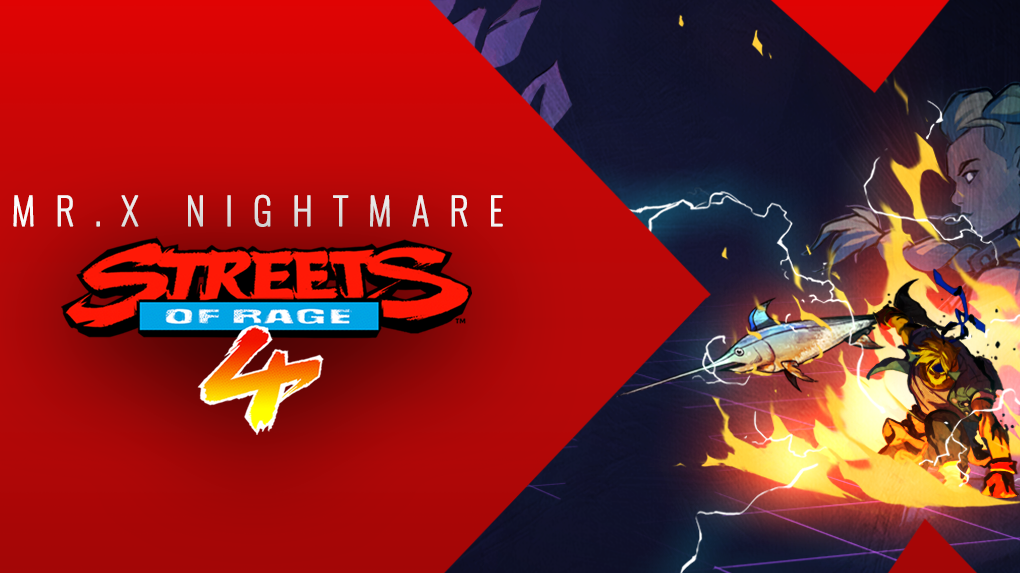 The relaunch of Sega’s classic beat ’em up franchise became a massive success with over 2.5 million downloads sold. So it’s only natural to bring even more flesh to the bones of the game, with a DLC, which is called “Mr. X Nightmare”.

The DLC will feature three new playable characters. One of them is revealed to be Estel Aguirre, one of the boss characters of the original game. The developers said they made tons of new animations of the character in order to make her playable, as the moveset of a playable characters is much larger than that of a boss (something which is also noticeable in the hidden characters of Streets of Rage 3). The other two characters aren’t revealed yet, but hints in the trailer make fans speculate it can be Max, Shiva or Dr. Zan.

Other than the new characters, the DLC will also feature a new Survival Mode, with details on it to be revealed later, as well as new music by Tee Lopes of Sonic Mania fame.

The game itself will get a free update with a “New Mania+” difficulty, training system and palette options on the characters.

Mr. X Nightmare will be released later this year.