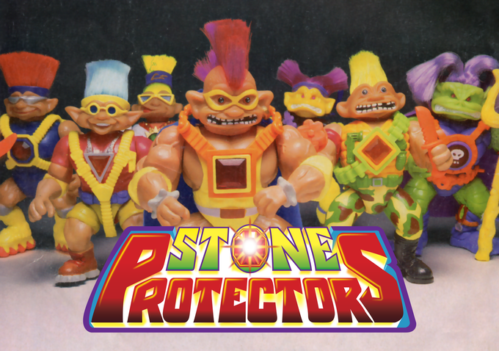 Any fan of 90s animation is sure to remember Cornelius, Chester, Clifford, Angus and Maxwell, the failed rock band which found magical stones to gain super powers and protect their kingdom from the evil Zok. The adventures of the Stone Protectors only lasted one season, 13 episodees, but it also spanned a toy line and a video game before falling into obscurity. Now, almost three decades later, they are making their triumphant return.

The Kickstarter campaign’s primary goal is a Limited Special Edition Box Set featuring all 13 episodes, including the previously thought to be lost last five episodes, 9-13). However, there are also a few stretch goals. Here they are, with their required sums:

Without reaching any stretch goal, you can also pledge to get a digital PC video game, or a physical SNES or Genesis game. The SNES game is a re-release and the Genesis version is previously unreleased.

The campaign has about a third of its initial goal funded and 27 days to go as of this writing. A few of the rewards are limited, so make sure to pledge now to not miss out!