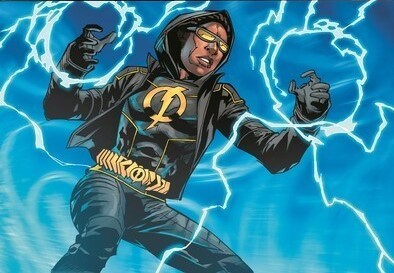 Milestone Comics created Static in 1993. The character gained its powers through a great accident, which made him part of a subspecies of humans called metahumans. His powers are, naturally, manipulating electricity, among other things. After Milestone Comics closed its comics division, Static joined forces with the Teen Titans in the DC Universe. In 2000, the character got his own animated series in Static Shock. Various other appearances in media have happened since then. And now, as Milestone is relaunching their universe, a brief video on Static’s transformation from a school boy to a super hero has been launched on YouTube:

The video shows how Virgil Ovid Hawkins, as he was known as a human, is being bullied, then exposed to radioactive gas and turned into his alter ego. This series, called “DC Secret Files & Origins”, also has characters such as Batman and Wonder Woman in it.

In addition to the Milestone universe relaunch, Static will also have a live action movie of his own. It will be made by Warner Bros, with Michael B. Jordan as the producer.