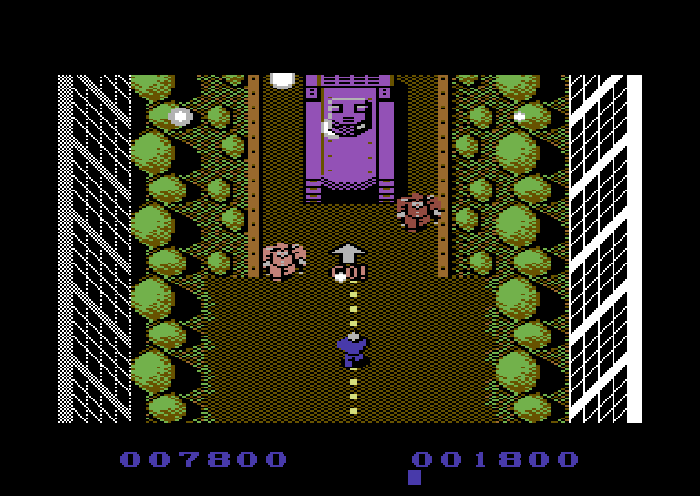 The Commodore 64 is still a computer worth owning, or if you must emulate it. There simply are so many quality releases for it from back in the day, and newer releases in more recent years. Independent homebrew developers have done their best to eek out just a little more from the classic C64. While Split Second uses a readymade engine, SEUCK, it is still an interesting release.

The SEUCK, Shoot-‘Em-Up Construction Kit, engine was originally released by Sensible Software way back in 1987 for the Commodore Amiga, C64, and Atari ST computers. Everything needed to create your own overhead scrolling shooters is available here. This includes exporting full games ready to run by fans.

Split Second is one of the latest, of many, releases in recent years to use the SEUCK Engine. The levels in Split Second are auto scrolling, as most levels are in this genre, with enemies appearing from nearly all sides.

I want to focus on the fact that Split Second is slightly different than most SEUCK Engine using releases. For one, you are controlling a guy on foot instead of a flying ship of some sort. Second, the death animations for the enemy foot soldiers and your character are quite good.

The first time I watched as an enemy soldier took a round I was surprised. He didn’t just blink and disappear. No, he changed over to a body shaped white figure engulfed in a white/yellowish circle before disappearing.

Attention to detail like that is what is awesome about Split Second. Explosions are handled extremely well, enemies come from all over the screen, and you are constantly having to stay on your toes.

If you want to play Split Second, then head over CSDB and grab your copy. If you enjoy games like Commando, then this one is right up your alley.