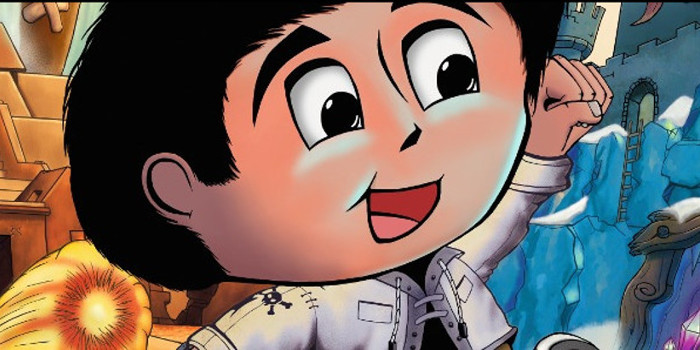 It seems that Knights of Bytes are not resting on their laurels with the success of their recent Commodore 64 release, Sam’s Journey. If you have not heard of this new 2D side scrolling action game, then let me tell you a bit about it. First, this game probably should not run on a stock Commodore 64 gaming computer, but it does. Second, the animation is amazing and the attention to detail just bleeds through the pixels on the screen. The question is, is Sam’s Journey coming to the Nintendo Entertainment System?

On July 17th, Knights of Bytes released a teaser image for their upcoming game. No information given with the initial comment on their Facebook page, though in the comments section the platform is alluded to.

Knights of Bytes stated that “You’re in the right era.” In reply to John Willaford asking if this was a Sega Master System conversion.

Considering the Sega Master System was an 8-bit platform, and that is the right “era”, it only leave the Nintendo Entertainment System as an option.

Because the 8-bit era was owned and run by Nintendo. Out of the other available consoles at the time, there are no bigger or more popular options for this conversion to be going to. 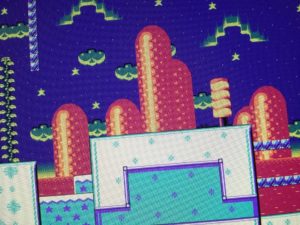 Knights of Bytes admitted this is a portion of a Sam’s Journey level but did not give any hints that this was not a port of their recent hit Commodore 64 title.

The total colors on screen in this preview pic is apparently 10 and that this is within the limitations of the hardware – removing 16-bit platforms such as Sega Genesis or Super Nintendo from the candidate list.

Lars SB stated that in a German retro magazine called “RETURN” there is an interview with Chester Kollschen.  Allegedly that interview contains direct statements that Sams’ Journey is coming to the Nintendo Entertainment System. I could not verify this information, though Knights of Bytes are not denying it on their Facebook page, which they are very active on. Take that as you wish.

Sam’s Journey coming to the Nintendo NES would be great news as the NES is known for its great platformers. I am interested in seeing the game in action before I get too excited. As we all know, until it is shown working, it doesn’t exist and even then, we sometimes have to pull the curtain back to see how things run before getting too excited.