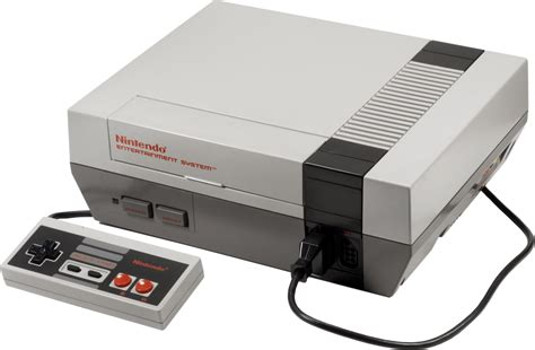 Who doesn’t love a good old-fashioned nostalgia article? Buckle up because I am not only going to get nostalgic here but also spin off into the “what if” area of gaming. Mainly, we are going to look at a series of canceled Nintendo Entertainment System games. Yep, these are games that we almost got back in the day but for one reason or another, or many, we didn’t. While that is a bummer, there is still hope that companies like Piko Interactive can acquire the rights and code and complete/release these games someday.

The Commodore Amiga gaming computer was home to a lot of great games, even to day there are new games being created for it. That is the beauty of computers, they are inherently open ended for developers to continue making new games. That is another article though since we are here to discuss what could have been.

Switchblade II saw release on many computers and even the Atari Lynx hand held. Kemco had planned to release a version for the Nintendo NES in November 1992, according to Unseen 64. What is interesting is the fact that Switchblade II would have fit right in with the style of games NES gamers made popular at the time. It is interesting to note that the Switchblade franchise is much more popular on overseas computer platforms such as the Amstrad CPC. 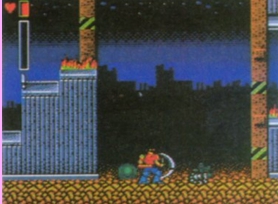 Could Switchblade II have been victim of the release of the Super Nintendo in 1991?

Time Diver: Eon Man was apparently the planned sequel for Wrath of the Black Manta, another NES game. Featuring five levels of beat em up action, some great stylized graphics and fun looking game play, I must wonder why this one was never released. Other than the planned release being early 1993 (considering the SNES launched in North America in mid-1991). Such a shame. Another awesome, late in the life of NES, game that we missed out on.

Bio Force Ape is another one that was interesting. This title makes the list of unreleased NES games a lot, but I still wanted to mention it regardless. The 8-bit Nintendo excelled in 2D side scrolling action games and Bio Force Ape was to be another example of that fact.

If you ask most gamers what their favorite part of games like Legend of Zelda Link’s Awakening (or the N64 games) is they will more than likely mention the fishing games. Seems many gamers were into those fishing mini games. Kitty’s Catch was to be a whole game based on 2D side view fishing fun between two cats – Pitter and Patter. Not sure if we missed out on a good one here or not but it at least would have scratched an itch many gamers may not be aware they have. 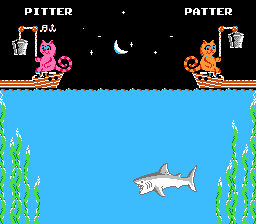 While in Japan the Nintendo NES was called the Family Computer, and even had many accessories to accent that fact, here in the United States it was a different story. That may be why PALPS was never released here, besides the fact that this was a Famicom Disk System title (we never got that accessory but plenty of games were retrofitted for release here that used it in Japan).

PALPS is a programming game like Carnage Heart on the original PlayStation console. The difference is, PALPS was going to be quite a bit less complicated and predated that PSOne classic by many years.

A big thanks to Unseen64.com for the huge list of canceled titles to sift through.