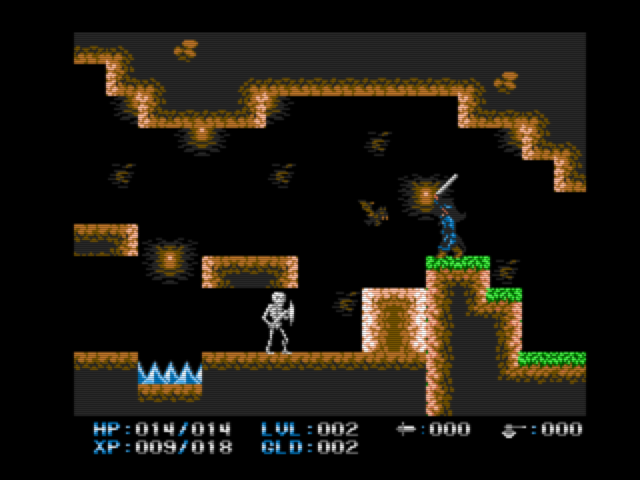 How many 2D side scrolling action role-playing games (RPG) can you name? Depending on how it is received we may be adding The Sorrow of Gadhlan’Thur for the MSX 2 to that list.

Nitpicking is part of my job

Sorrow of Gadhlan’Thur is one of those hard to understand just how to spell its name. From what is shown in the video it will be one of those games that fans won’t bother with the correct spelling.

The story for Sorrow of Gadhlan’Thur

There is a legend that says an ancient orc king called Gadhlan’Thur was able to conquer most of the known world. He was able to accomplish this thanks to a powerful magical artifact that he had in his possession. Much like most powerful magic items, it quickly turned against Gadhlan’Thur and took everything from the orc king.

Upon the death of the once great king it was noted that he was alone and very sad carrying an unbearable depression with him to his grave.

Why this, why now?

That is why I am writing this up now, it is coming back to development and is an interesting project. I can understand your frustration if you pre-paid for the game (digital or physical) over six months ago and still are waiting for your game. This happens a lot with pre-orders and even Kickstarter projects – some companies such as Piko Interactive are more refined on their processes and preparing for unforeseen incidences than others.

One thing I love about Sorrow of Gadhlan’Thur is that you can purchase a digital copy for pretty cheap (about 12 euros) or, if you prefer, a physical copy (for about 39 euros). You will have to do the conversion to your currency for the up to the minute prices. The point is, it is cool to see developers supporting digital options.