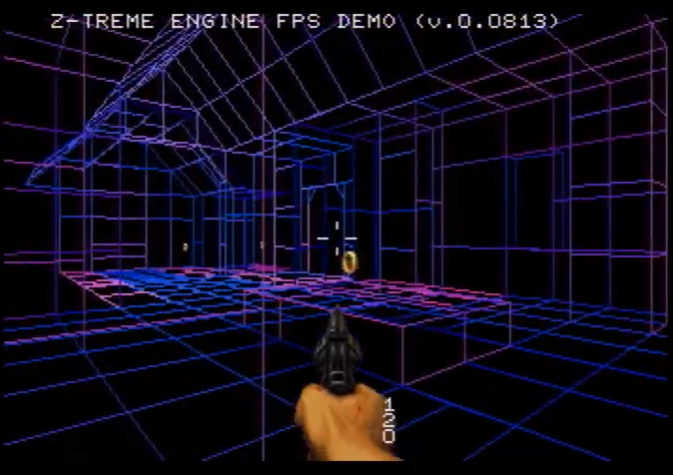 The Sega Saturn was not known for its power as a 3D first-person shooter (FPS) platform. Sure, we got Quake, Duke Nukem 3D, and PowerSlave which were great titles on the Saturn and showed there was more under the hood than previously thought. The problem is, we also got trash like Doom (the port, not the title itself). The FPS genre was severely underrepresented on the Saturn. There is hope though as independent homebrew developers are hard at work on FPS solutions. One such being Z-Treme Engine.

Finally, an FPS engine worth rocking

Currently it is a work-in-progress and coming along nicely. There is a lot of cool stuff going on in the video. Colored lighting flickering on walls, textures that don’t get all wonky as you move around, and a variety of weapons are already in place.

The minor details in Z-Treme are quite awesome and show just how far the Saturn could be pushed.

This is something I want to talk about and Z-Treme is a great example to use for it. The reason we see a lot of newer independent homebrew rocking on platforms such as the Sega Saturn, sometimes surpassing commercial efforts from back in the day, is easy to pinpoint. Money. Commercial games are usually done on tight schedules and have people snapping the whip over the developer’s heads. Independent homebrew is often created as labors of love, and the developers usually ask for help from the community. These are not things that happened with commercial software back then or even today.

Check out the video for Z-Treme and imagine what else can be done on the Saturn.