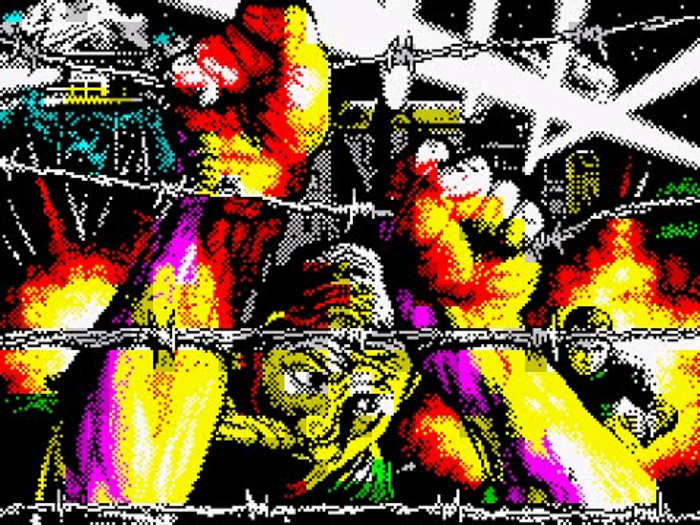 Piko Interactive have just released The Great Escape onto Valve’s Steam platform. This version of The Great Escape was originally published by Ocean Software in the United Kingdom, and programmed by Denton Designs, for the Sinclair Spectrum gaming computer. Earlier this year, Piko Interactive were able to complete a multi-year journey by securing the rights to The Great Escape. Now fans can enjoy this almost forgotten classic on modern hardware via Steam.

Based on the movie of the same name, starring Steve McQueen and James Garner, The Great Escape was not an officially licensed product. Instead, Denton Designs skirted details a bit. Considering the limitations that the designers were working with this was not all that big of a problem.

Gameplay originated around escaping the internment camp located somewhere in Germany in 1942. What was interesting was the level of detail achieved in this game.

For instance, guards only see you if you are in their direct line of site.

Prisoners will follow a routine such as roll call, exercising, eating meals, etc based on time of day and situation they are facing. The cool stuff doesn’t stop there either.

If you stop controlling your character for a bit, he will join in the routine of nearby prisoners. That is pretty cool, and a lot more involved than we got with the whole 16-bit mascot era (toe tapping, maybe tapping the screen, etc).

Your Sinclair Magazine awarded the Spectrum version of The Great Escape a 9 out of 10 score. That same magazine also awarded the game a rank of 23 out of 100 in their Top 100 Sinclair games list. Quite a nice placement for one of Piko Interactive’s latest acquisitions.

It is quite simple folks. If we want more stuff like this, companies remembering the classics and bringing them to modern gamers, then we need to support them.

The Great Escape by Piko Interactive is now available on Steam.