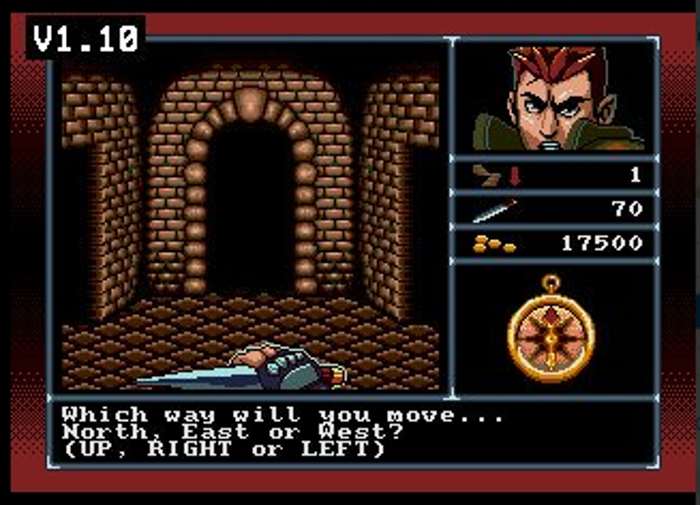 How many horror games can you think of on the Sega Genesis? No, Haunting starring Polterguy by Electronic Arts doesn’t count. Well, that total number is going nowhere even after Crypt of Dracula is released. While borrowing from the classic Bram Stoker novel, Tomb of Dracula will be an action-based dungeon crawler style game. Not a horror game, darn it.

According to Indie Retro News, Crypt of Dracula is being developed using the Sega Genesis Development Kit (SGDK). What developer Matteus Beus has been quite vocal on his Twitter account about Crypt of Dracula. Offering bits and pieces here and there. Over on his YouTube channel he has released a gameplay video of Crypt of Dracula, embedded below.

From what I gather based on the little bits available, Crypt of Dracula is going to be one of those thinking action games. Some areas are going to require you to plan and strategically move around while others are going to be action based and require somewhat fast reflexes to move past.

For the few among you that are fluent in ZX Spectrum games, Crypt of Dracula may seem rather familiar. It should as it is a homage to a Spectrum classic, Tomb of Dracula. Nothing wrong with paying homage to a classic – some of the best games going over the years are homages to an earlier title.

There is a bit of story to Crypt of Dracula, detailed in the YouTube video above. Once the game starts we are treated to a screen that is broken into clear sections – a character portrait that features minimal animation, a compass, a text area along the bottom and the larger portion left shows the game world. If it works, why mess with it?

Right now, Crypt of Dracula has no release date and final funding options are not clear – if any will be pursued at all.