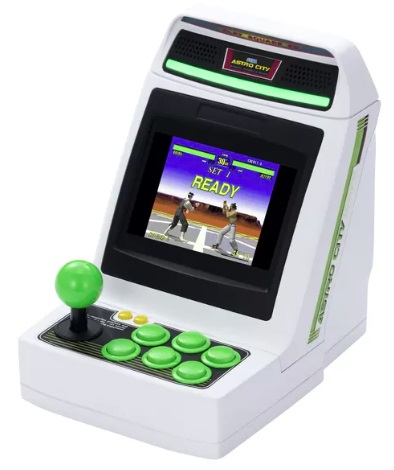 After the success with the Mega Drive/Genesis Mini, Sega announced the Game Gear Micro, which is due October 6th, this year. And now, while the flame is burning, they are announcing the Astro City Mini. Astro City was a series of arcade cabinets, which was compatible with housing many arcade games in the 80s and 90s. They are still popular in arcades in Japan to this day, and hardcore fans have exported them to new arcades in other regions in the world.

The Astro City Mini will come with 36 built-in titles, of which most of them have already been ported to consoles such as the Master System, Mega Drive/Genesis and Saturn. However, it will also come with exclusives such as Golden Axe: The Revenge of Death Adder, which has never been brought home before. Here is a list of the titles announced thus far:

While the mini arcade supports controllers and comes with two USB-A ports, it sadly means Golden Axe: The Revenge of Death Adder won’t be enjoyed by four simultaneous players. At least it has HDMI-out, so you can enjoy the games on a bigger screen. The Astro City Mini will be released in Japan during the holiday season and cost 12,800 yen, which is about $120.